Earlier today, we shared a story with you about Stonebwoy attacking Sarkodie’s manager, Angel Town at the venue for rehearsals of Sarkodie’s upcoming virtual concert.

Stonebwoy during his rehearsal towards the Black-Love album virtual concert this weekend got into an alteration with Sarkodie’s manager which landed the latter at an eye clinic in Tema.

Stonebwoy’s close friend, Aisha Modi has narrated what really happened and why Stonebwoy lost his cool.

Others have mentioned that, Stonebwoy pulled a gun again during the rift and one of such people who said this is Ola Micheal, host of Entertainment Gh on Despite Media’s Neat Fm 100.9.

However, investigations conducted by Gossips24.com indicates that, Sarkodie and his management have decided to report the case to the Ghana Police Service.

According to our source, big men are trying their possible to convince Sarkodie and his management to let go off the case.

Our source further revealed that, Sarkodie’s manager, Angel Town has received lots of ‘deadly’ secrets about the BHIM nation president but he’s yet to decide as to whether to reveal them or not.

Stay glued to Gossips24.com for more exclusives on this particular issue. 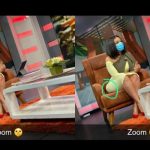 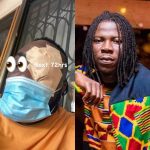