#ResurrectionChallenge : Dead man actually a member of the media crew of the church

In a viral video which is still trending on social media and has even resulted in the #ResurrectionChallenge, Pastor Alph brought a dead man who was in a coffin back to live and people still can’t fathom how he was able to do that.

The dead man got up and sat in the coffin immediately the Pastor shouted “Rise up” during the church service. In a related videos and photos, the resurrected man was seen eating a bowl of well-packed food while onlookers watched in amazement.

Well, the young man however according to Gossips24.Com investigation is not a stranger to the church. He has been an integral part of the media and publicity crew of the church for a very long time now.

Photos of the young man taken in 2018 when he went with pastor Alph Lukau to a supposed hospital in South Africa where the pastor performed instant healing for all the patients in the ward is uploaded below.

Maybe he was highly favored since his demise from the church will be a big bowl to the media crew of the church. 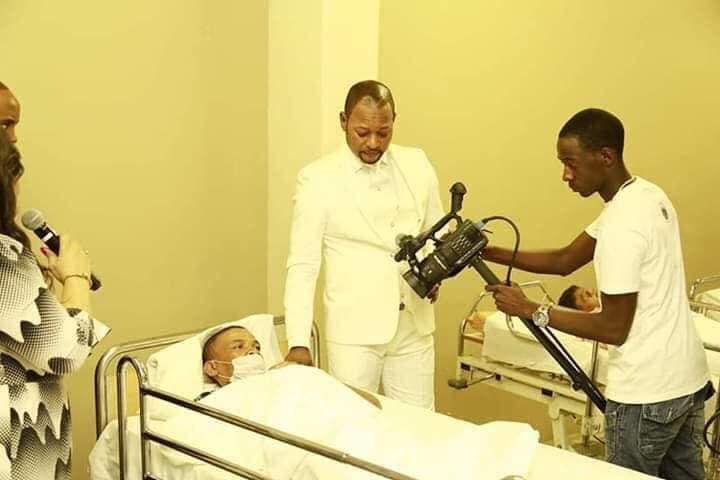 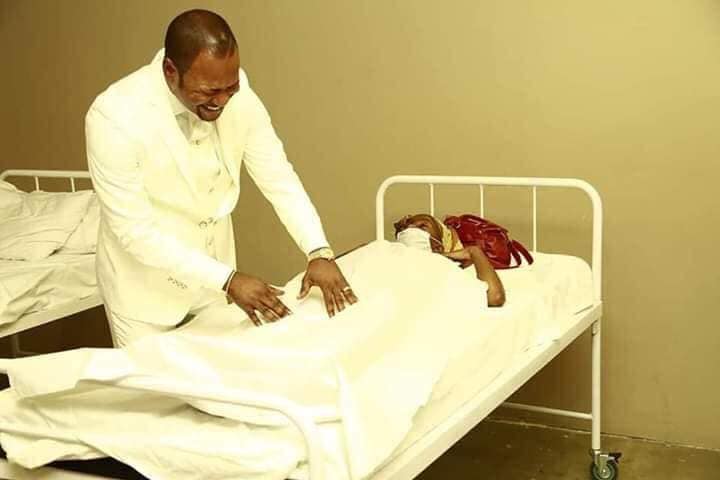 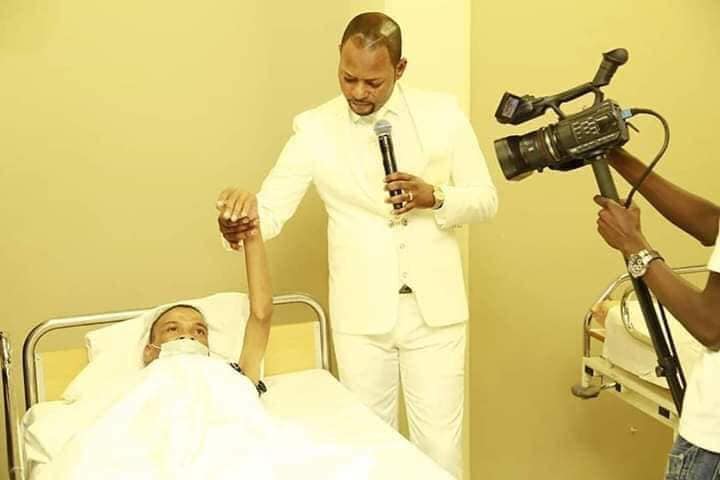 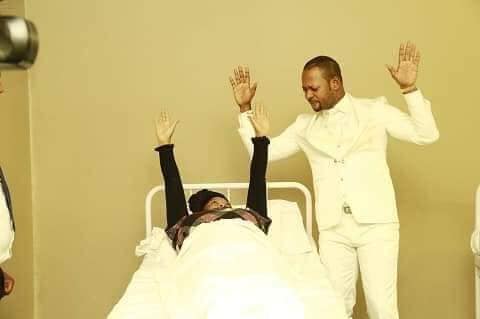