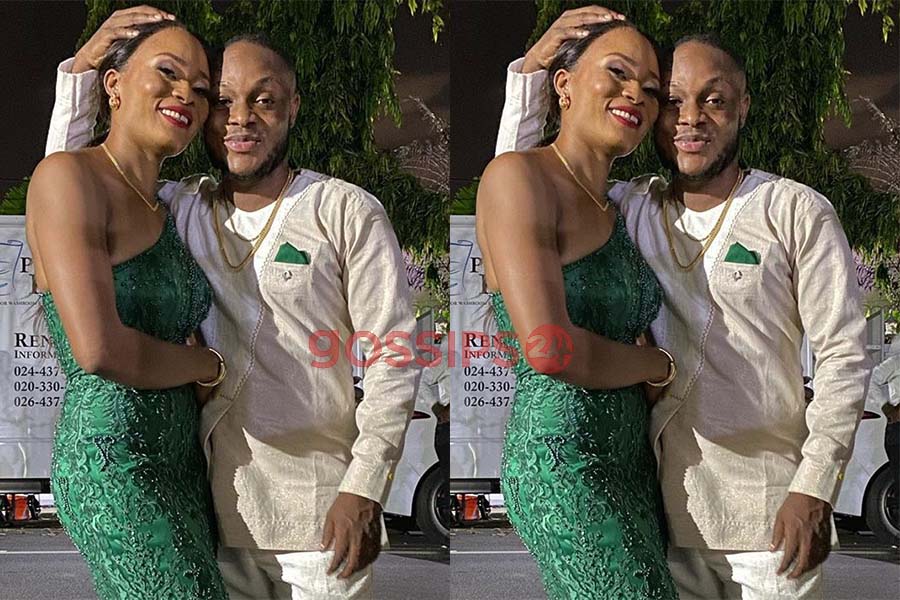 Ghanaian musician and one half of the Keche Music Group, Keche Andrew has been spotted in a video all loved up with his old but rich wife, Joana Gyan.

Keche Andrew has come under heavy criticism on social media for being opportunistic in the sense that he married his own boss who is older than him because she has money.

It has also been rumored that the musician abandoned his numerous girlfriends whom he has kids with to settle with Joana all because of one paramount reason – money.

Amidst all these criticism, Andrew seems unperturbed by the stones being thrown at him.

In a latest video sighted by Gossips24.com, which was shared by the musician on his personal instagram, he was seen chopping love with his boss who is now a wife.

He shared the video with the caption, “With My Boo 4Life this morning …… #today is our day……… @kechegh“.

In the video, Andrew and his newly wedded wife shared some vows as they proved to their critics that their bond will last forever. Andrew among the numerous promises promised to carry his Boss turned wife’s burdens for the rest of his life.

He also assured his wife of his love for her till eternity irrespective of the public’s opinion on their affair.

I would love to collaborate with Davido – Sister Derby reveals