Yaa Jackson is ungrateful, We already have a 5 years deal with her – Former manager

In a Facebook post sighted by Gossips24 on the wall of one Okyeame Akwadaa Nyame, he claims rising star Yaa Jackson is an ungrateful being.

Akwadaa Nyame reveals that Yaa Jackson is still under Totmobi Inc. record and has no idea why she has to accept another deal with Magic Empire under Ray Moni management.

Akwadaa Nyame who claims to be the manager of the ‘Tear Rubber’ hitmaker explains that she is still under their five years contract which is expected to end somewhere in 2022. He allowed her desire for fame and quick money lead her into this regrettable mistake.

He went on to state that Yaa Jackson will hear from him and his lawyers soon for the breach of the contractual terms between them.

It Ended In Premium Tears As Yaa Jackson’s Fraud… 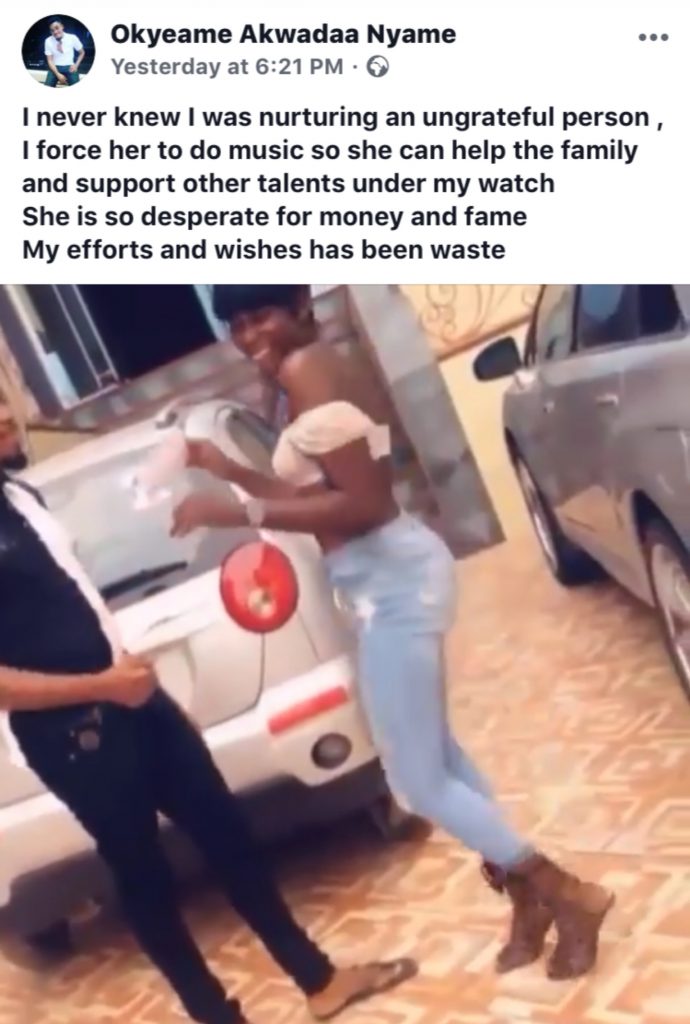 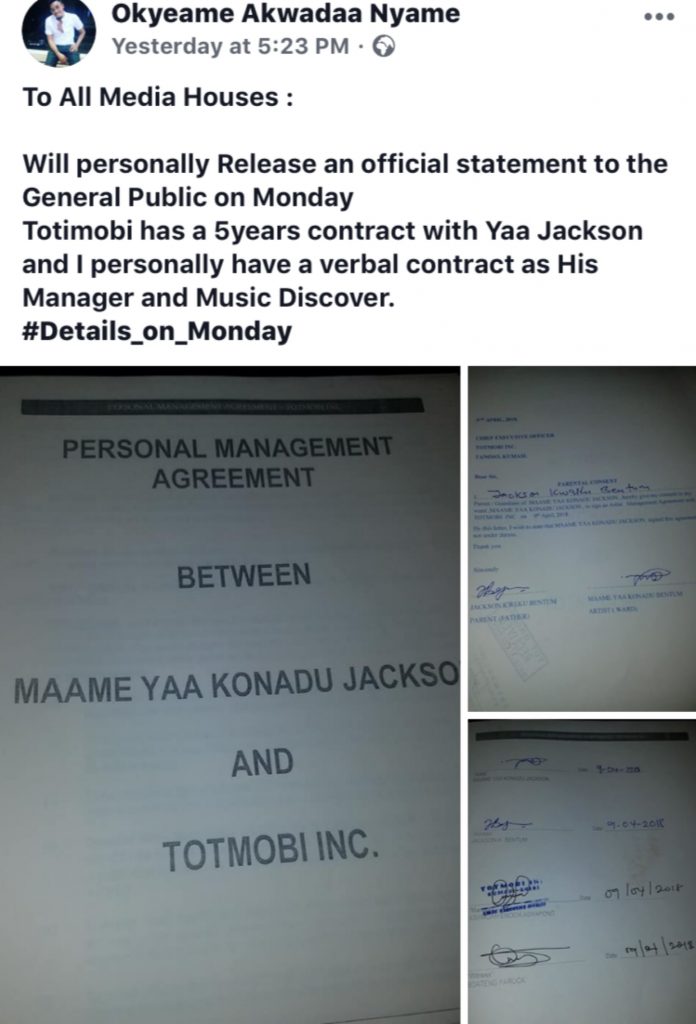 PHOTO:Medikal And Davido Cooking Something?

‘ If You Wish My family Death, Death Shall be Your Portion’-Yul Edochie…