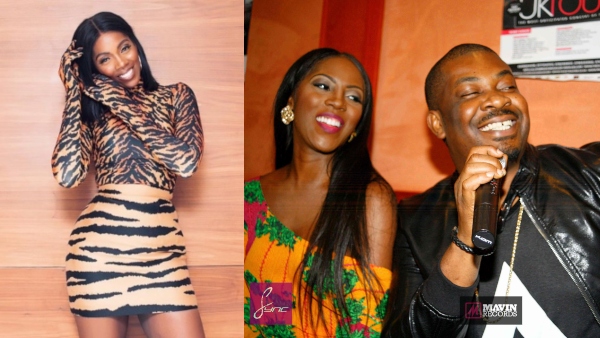 Tiwa Savage who took to Instagram to thank Don Jazzy as she leaves Mavin Records, recounted being scared to tell him she was pregnant.

According to Tiwa Savage, she was quite scared to tell Don Jazzy she was pregnant and had to tell him at the airport where she felt he wouldn’t have much to say since it was a public place.

However she was quite surprised when the ace music producer and record label owner told her he had a plan to keep her brand going, while she had her baby.