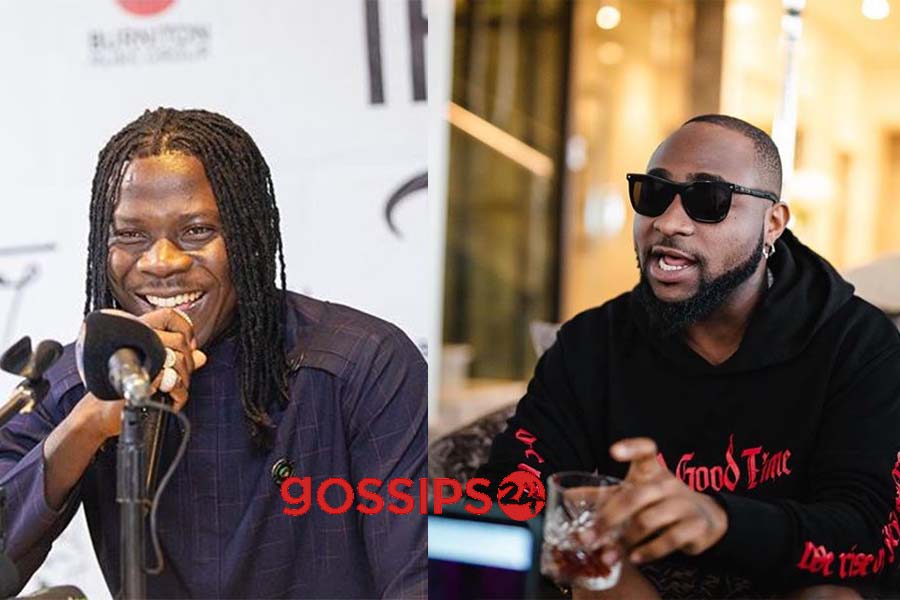 Dancehall artist, Stonebwoy has revealed his intentions to feature Davido on a hit jam very soon.

Apparently, the two West African gems had a song together in 2015, but the dancehall artist only made that known in an #AskStonebwoy session which came off on twitter today.

This comes after a fan asked him when he was going to collaborate with either Davido or Wizkid. The fan asked; “@stonebwoyb why haven’t you collabo with WizKid or Davido? Is that they are avoiding your request or you don’t want to #Askstoneboy “

Davido reacted to their loss in a reply saying the song was a mega hit, he wrote; “I was so sad bro … it was a hit “.

Though he lost the first files and failed to mention what he was working on with respect to Wizkid, Stonebwoy assured fans he will work on another song with Davido… “we Go manager another soon ,” he added.


But that, according to the ‘OLOLO’ hit singer, will be after the coronavirus has left the surface of the earth. In another tweet which was a response to Davido’s reaction, he said, “I believe OBO! After this whole Coro Coro We Go Give Them.. “.