Over the weekend, Ghanaians witnessed a lyrical clash between Reggae/Dancehall musicians, Stonebwoy and Shatta Wale.

The event organisers, Asaase Radio stated that the winner would be announced at the end of the contest but Shatta Wale left the venue after performing his last song Already.

An excited Stonebwoy, who knew he had won the competition after four rounds of battling Shatta Wale, asked his Bhim fans to carry him while they jammed to his Putuu song.

However, in new photos sighted by Gossips24.com on social media, Stonebwoy and Shatta Wale were seen dinning together with Root Eye and BBC’s Seani B who was contracted by Asaase Radio as the Host of the soundclash. 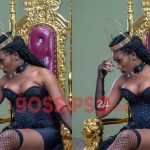 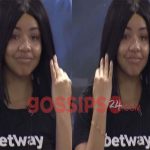 BBNaija 2020: Nengi becomes Head of House to book her place in the final