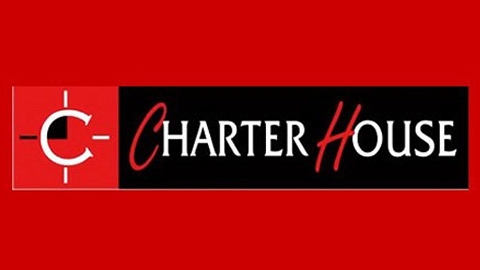 Charterhouse Ghana, organisers of the Vodafone Ghana Music Awards (VGMA) has condemned the unruly behaviour of the two biggest Dancehall musicians in Ghana at the night of the awards.

The incident which halted the event and marred the beauty of the program has since been reported to the police to unravel what actually happened, the organisers said.

“As a law abiding corporate citizen, Charterhouse has reported the incidence to the police and have been cooperating with the police to investigate and to ensure that the true facts of what happened would be known and addressed.

“Measures will also be taken in consultation and partnership with Security agencies to ensure enhanced security subsequently,” Charterhouse said in a statement signed by its Head of Communications, George Quaye, on Sunday.

The Management of Charterhouse Productions wishes to apologize unreservedly on its behalf and on behalf of the Board of the 2019 Vodafone Ghana Music Awards (VGMA), to the patrons and millions of viewers on television and social media in Ghana and all over the world for the security breach that marred the event in the wee hours of Sunday 19th May, 2019 at the premises of the Accra International Conference Centre (AICC).

We also would like to apologize to our main sponsor, Vodafone as well as other sponsors and partners, media partners Media General, YFM and Multichoice, and other international representatives from BET International, Afro Zons and MTV Base.

We apologize to our international visitors, including CEO of Mobo Awards UK, Kanya King CBE representatives from Sony Music, Mr. Ben Oldfield from The Orchard, Phil Phillips, Alison Hinds and other representatives of the Barbados Ministry of Tourism and Creative Economy, who were present to experience the 20th Anniversary edition of the Vodafone Ghana Music Awards.

Being a special edition of the annual ceremony, months of planning had gone into giving the world a breath-taking event. Sadly, however, we were unable to give the full experience we had hoped to give as a result of this breach.

As a law abiding corporate citizen, Charterhouse has reported the incidence to the police and have been cooperating with the police to investigate and to ensure that the true facts of what happened would be known and addressed.

Measures will also be taken in consultation and partnership with Security agencies to ensure enhanced security subsequently.

Charterhouse and the board have taken serious exception to the incident that happened at the 20th Vodafone Ghana Music Awards and thus would ensure that the needed sanctions are applied. In the coming week, a press conference would be held to address the incidence at the event, including measures agreed to in consultation with the Board and other affiliates of the scheme.

We would like to reassure our patrons, partners and the entire music industry of our continuous support and investment in creating platforms for the industry to shine. Our Music Lives…

Charterhouse Should Be Sanctioned For Role In VGMA Brawl – KiDi