Citi FM’s Nana Ama Agyemang has described Mr Dumelo’s hugging of girls at the University of Ghana as “predatory” and “gross” on Twitter.

John Dumelo on Val’s Day decided to spend time with “single ladies” at the university of Ghana to “spread love.”

Many political viewers described his move as a campaign strategy since he has interest in contesting the Ayawaso West Wuogon seat in the 2020 election. However, Nana Ama had a whole different line of thinking about the incident.

Dumelo shared a video of the female students hugging him, excited and beaming with smiles, on his Twitter handle. Hours later he the co-host of the Citi Breakfast Show gave him a reply.

Ghana Grows The ‘Best’ Weed; Why Are We Not…

They Are Super Chickens Not Super Eagles – John Dumelo…

“You mean no one on your team told you not to do this because it is predatory and gross?,” Nana Ama replied to the video. 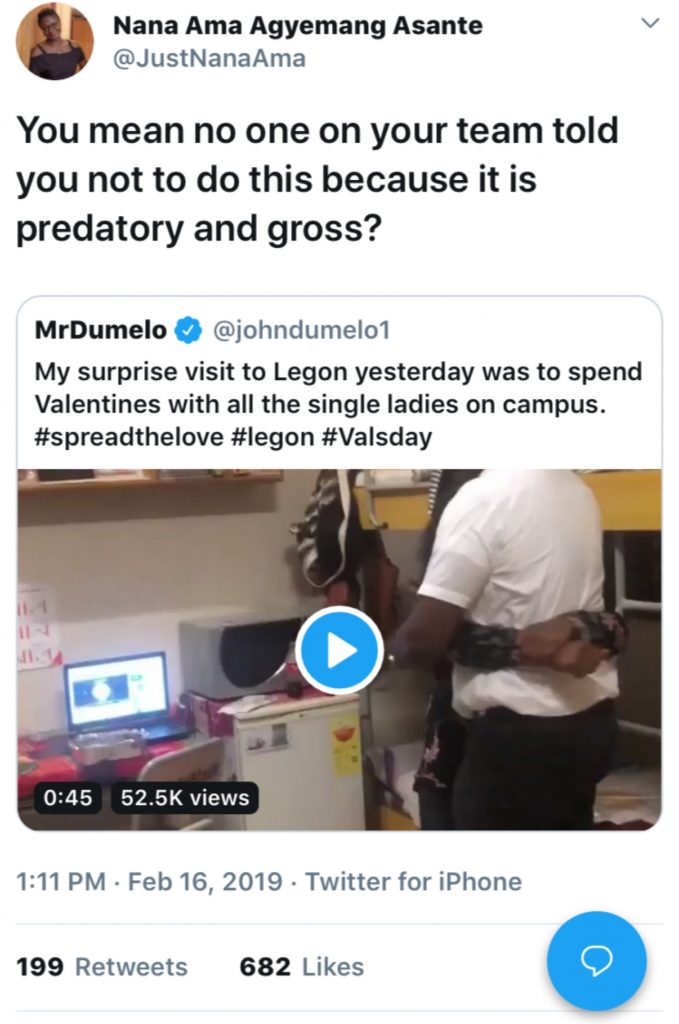 Some Twitter users who didn’t agree with her descended on her Tweet. Screenshots of some of her attackers below. 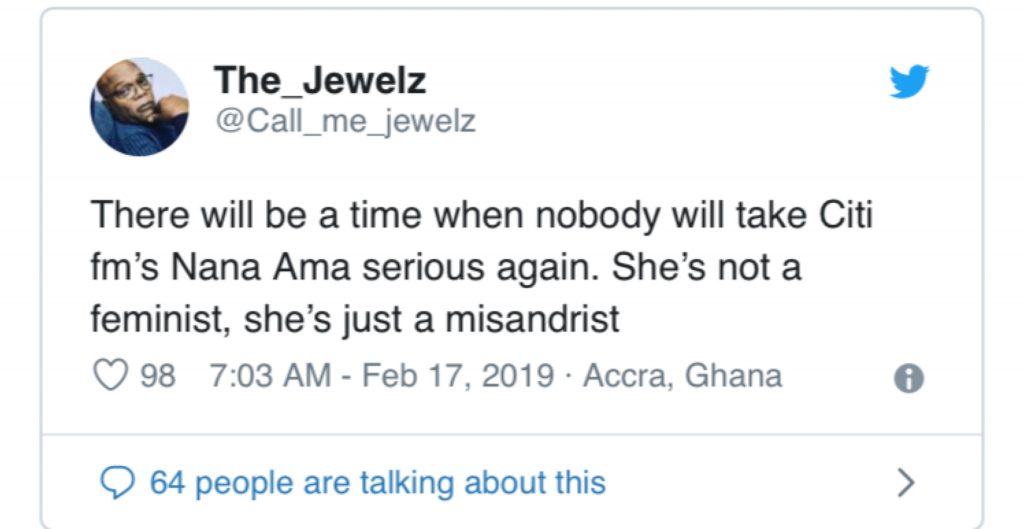 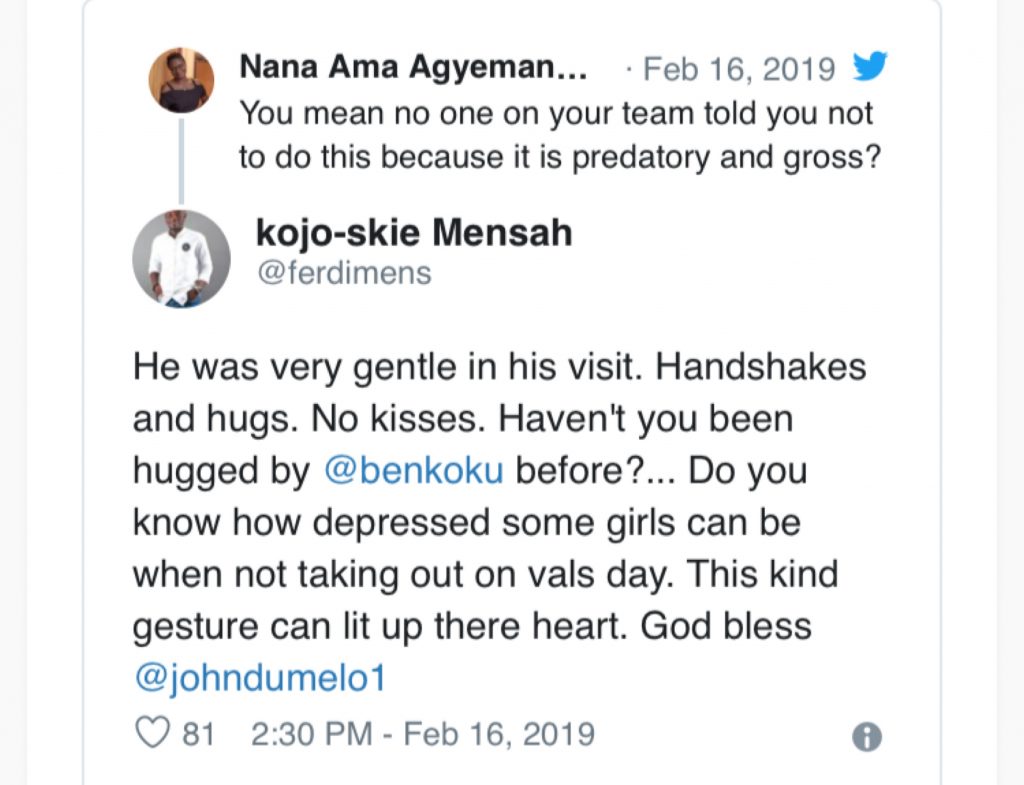 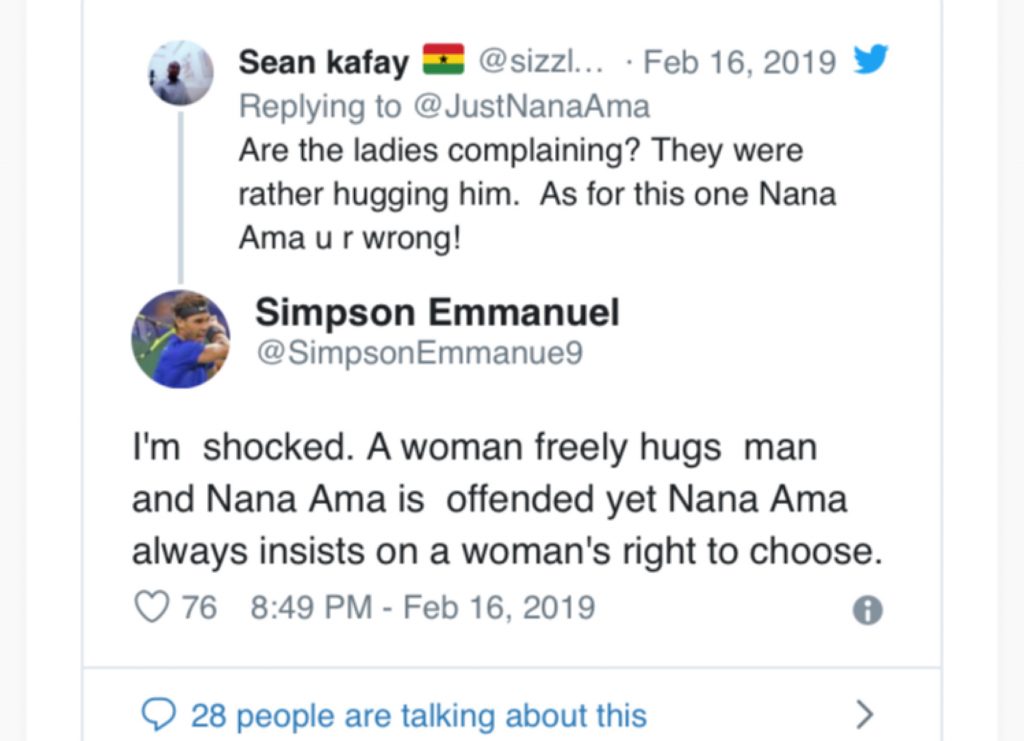 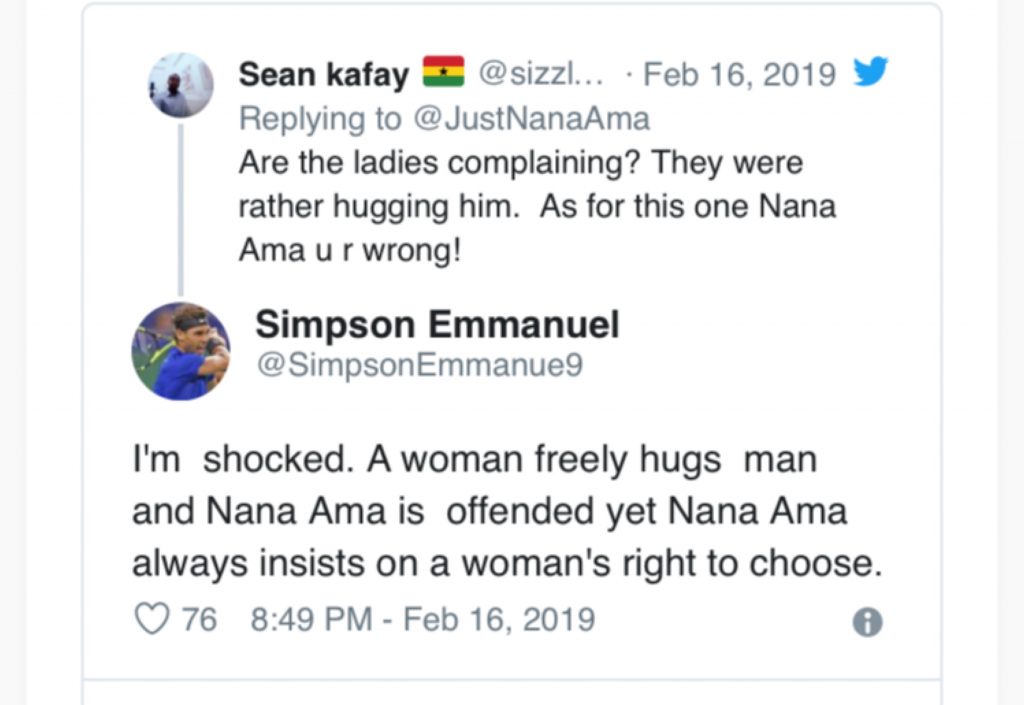 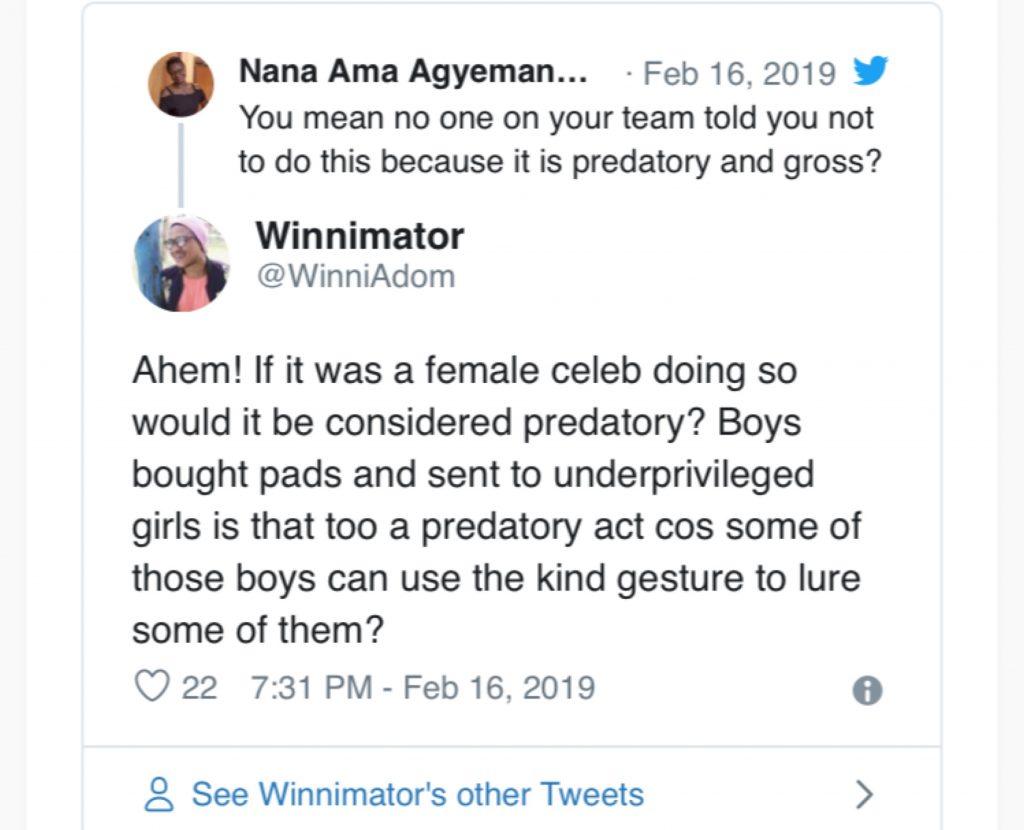 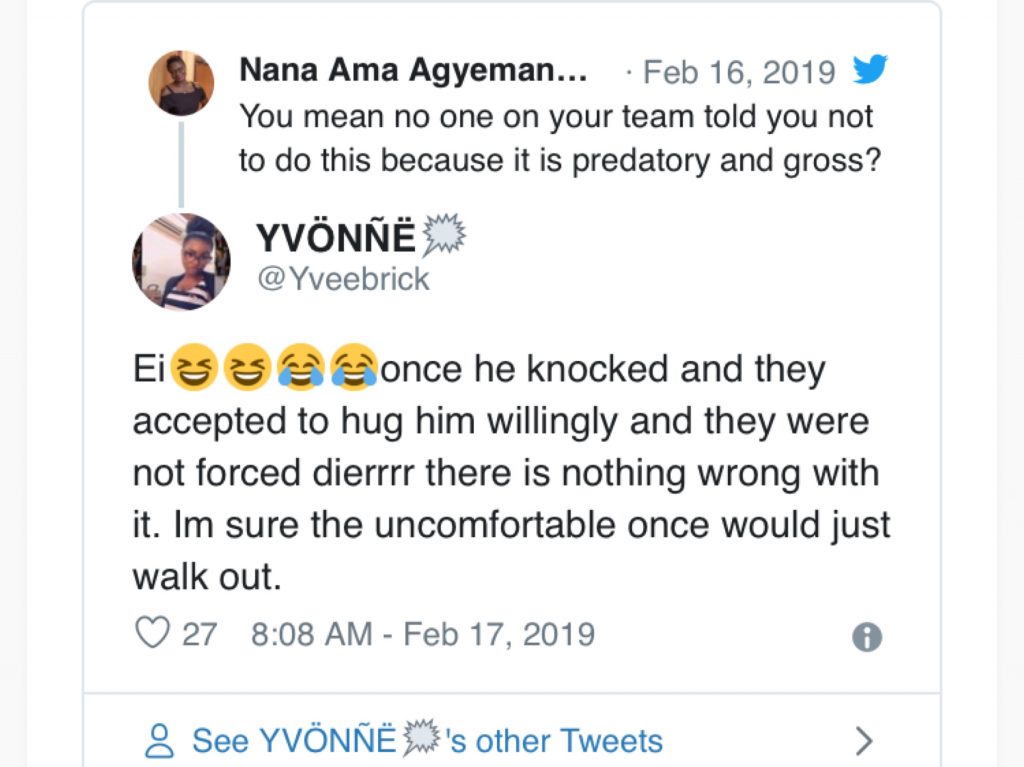 I’ve Never Come Across Anyone Like NAM1, Dude Is A Top Shatta – Ibrah One