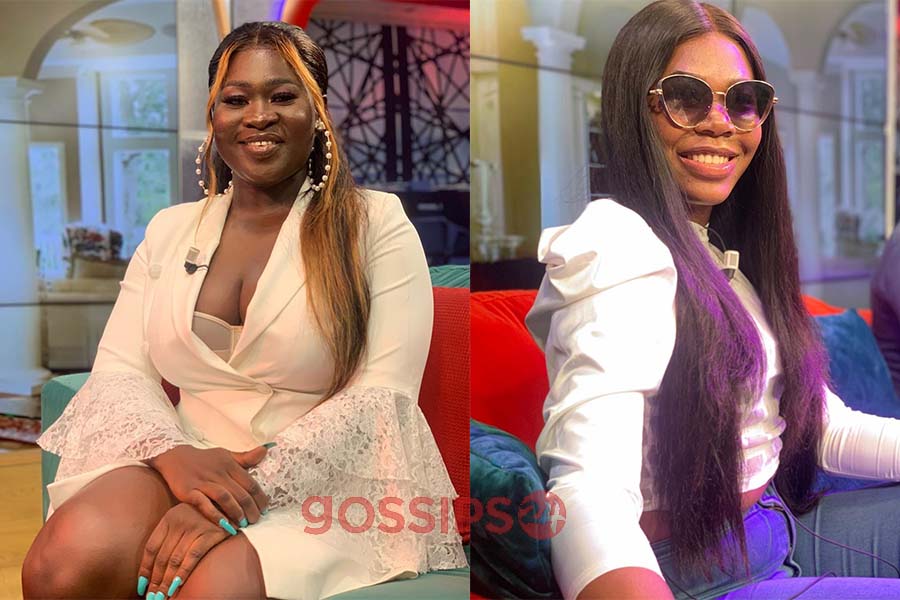 The Queen Solomon of Ghana music, Sista Afia has finally apologised to Freda Rhymz for attacking her physically and dissing her in her songs “WMT” and “U Got Nerves” respectively.

Recall Sista Afia and Freda Rhymz turned their beef into a bloody clash on Monday, 18th May, 2020 when they both met at the premises of TV3.

Well, after going back-and-forth with each other, Sista Afia has finally thrown in the white towel and done the needful when they met today on Nana Ama McBrown’s UNITED SHOWBIZ on UTV.

Earlier on Tv3 yesterday, Afia refused to apologise to Freda after she revealed that she will only apologise to the “KMT” hit singer when they settle their scores face-to-face, and yes, that happened today in the studios of UTV when they both met.

Afia expressed her undying love for Freda’s talent and brand as she revealed she still loves Freda and wouldn’t love to diss her or fight her ever again. She further apologised to Freda and the general public.