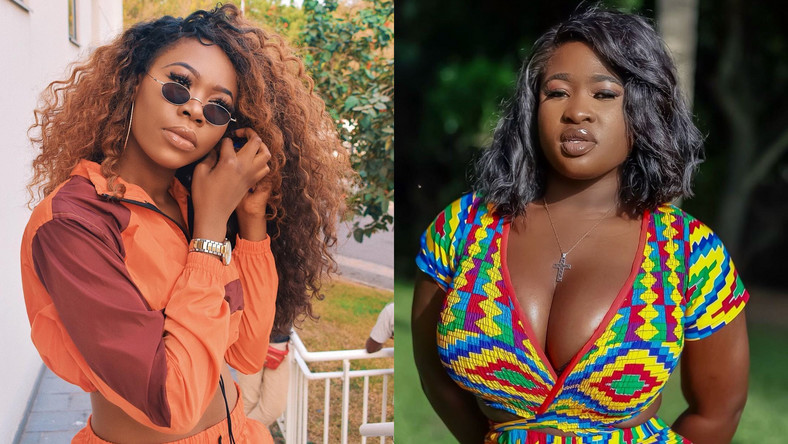 Once again, the beef between Sista Afia and Freda Rhymz nearly got physical when they appeared on UTV as guests on its United Showbiz program.

The show hosted by Ghanaian actress saw Sista Afia and Freda Rhymz exchanging words as if they’re at the comfort of their homes.

Sista Afia who has been emotional since their lyrical battle started said, it was Freda Rhymz who started attacking her physically at the TV3 premises days ago.

According to the emotional singer, she cannot fathom why Freda started talking sh!t about her when they had not even entered the studios of TV3.

So she did the KMT but I didn’t say anything but I got mad after the last diss song because she said I had sex with Bisa kdei also when I met her at TV3 I wanted to approach her to ask why she said all of that, there She heard Freda Rhymes saying allow the old woman to come in, she said.

Recall the artistes, in a viral video, were about to throw punches at each other at the premises of Media General had it not been for the intervention of the crew.