It’s now convincingly clear that Shatta Wale has once again waged a gruesome war against his notable arch-rival since Adam [Samini]. Citing the explosive anger he employed to blast Samini over his comments on the impending music clash with Stonebwoy which is organised by Asaase radio.

Before these fire missiles from Shatta were fired at Samini, the latter had earlier resorted to his Instagram to ran and additionally express his displeasure on why Asaase Radio didn’t pair him with Shatta whom he has a long-time beef with but rather paired him against his mentee [Stonebwoy].

Samini also publicly disclosed his disappointment in Stonebwoy for been there for him all the time but doesn’t receive same ‘energy’ back forbye subtly referring to Stone as a hypocrite.

These comments from Samini landed him into a big troll on various social and consequently been tagged as an old man jealous of his [son’s] achievements by fanatics of Stonebwoy.

Amidst this ongoing confusion between a father and his son [Samini and Stonebwoy], Samni has added more salt to injury by critically alleging that, Samni acted babyish and out of jealousy for passing those arguable and sensitive submissions.

As stated by Shatta, Samni claims to have been there all the time for Stonebwoy but where was he when Stonebwoy was arrested after he pulled a gun on live TV during the last edition of the VGMA’s.

According to Shatta Wale, Samini has never defended Stonebwoy as he claims. He made those assertions out of bitterness and jealousy. 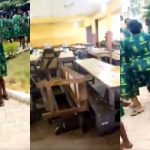 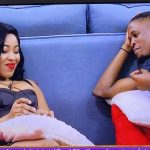