Honcho of Highgrade music family widely known as Samini and the apparent music godfather of Stonebwoy has critically blasted his ‘son’ for not defending him publicly like he has been doing for him, Gossips24.com reports.

According to Samini who appeared, disappointed, angry and bitter in the self-recorded video, he shared online, Asaase Radio’s music clash between Shatta and Stonebwoy was a huge disrespect to his brand and his influence on the Ghanaian music industry.

As suggested by Samini, Asaase Radio should have paired him against Shatta in the music clash and not Stone and Shatta because he still has unsettled issues with the African Dancehall king.

Samini further called out Stonebwoy for not informing him about the current development between himself and Shatta and not otherwise. 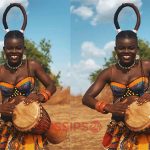 I’m 33, unmarried and don’t have any children too – Wiyaala reveals 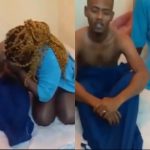