African reggae-dancehall gems, Charles Nii Armah Mensah, alias Shatta Wale, and Livingstone Etse Satekla, aka Stonebwoy were supposed to clash with their sounds at an event hosted by Asaase Radio.

However, Shatta Wale, in about 2 more days to the clash has backed out of the event saying he suspects Asaase FM is trying to manipulate things.

Ahead of the clash on September 12, 2020, Asaase Radio has organized a portal through which fans of both musicians are expected to vote for their favorite to win.

As of yesterday 9th September, 2020, Shatta Wale was leading Stonebwoy with a lot of votes.

See the screenshot below:

But all of a sudden, we woke up this morning only to see Stonebwoy leading Shatta with massive thousands of votes.

See the screenshot below:

And because of this, Shatta Wale is having doubts that something could be wrong somewhere. He wrote on Facebook that he sees the Asaase soundclash just like the Ghana Music Awards where they have a strategy to give their favorite (Stonebwoy) the higher vote so that he can win above him (Shatta).

To avoid confusion, Shatta has withdrawn from the contest unofficially since there’s been no notice from Asaase FM to confirm the dancehall king’s statement on social media.

He wrote: “Another Vgma strategy for a clash 😂😂🤣🤣🤣 Trying so hard to make their favorite win 😂😂🤣 Infact I am not even doing this anymore for your info 👍 Nonsense !!!

Excerpts of Text culled from Celebritiesbuzz.com.gh 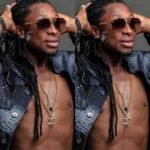 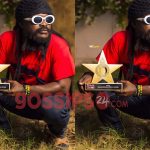