“You Are The Biggest Fool In The World, You Chop The Guy’s Money” – IG User Fires Chacha Eke For Trying To Leave Her Marriage 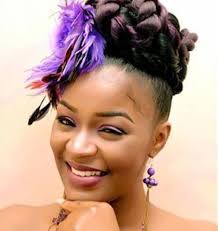 Weeks ago, after the Nollywood actress Chacha Eke marriage ended with her husband, Austin Faani, she flooded her instagram page with many stuffs.

Highlighting some points she made in a viral video sighted by Ghgossip, the actress told her fans she has ended her seven year marriage.

More on this, she received many dissatisfactions from her IG followers. @onomegboy being one of them, expressed how disappointed she is in the mother of three for wasting the money and time of her Ex-husband. She continued by using the bible as reference saying, she wouldn’t have divorced her husband because marriage is for better for worse.

Regina Daniels And Her Mother Slay In Army Uniforms

This Woman Is The Baddest,look at her sexy photoshoot with her son

Governor Yahaya Asserts that #EndSARS Has a Political Motive

I’ve Felt Different Because Of My Mixed-Race…

Waakye Fires back at A Plus Says NPP did not abandon him.

“Even God people talk sh!t about him” –…