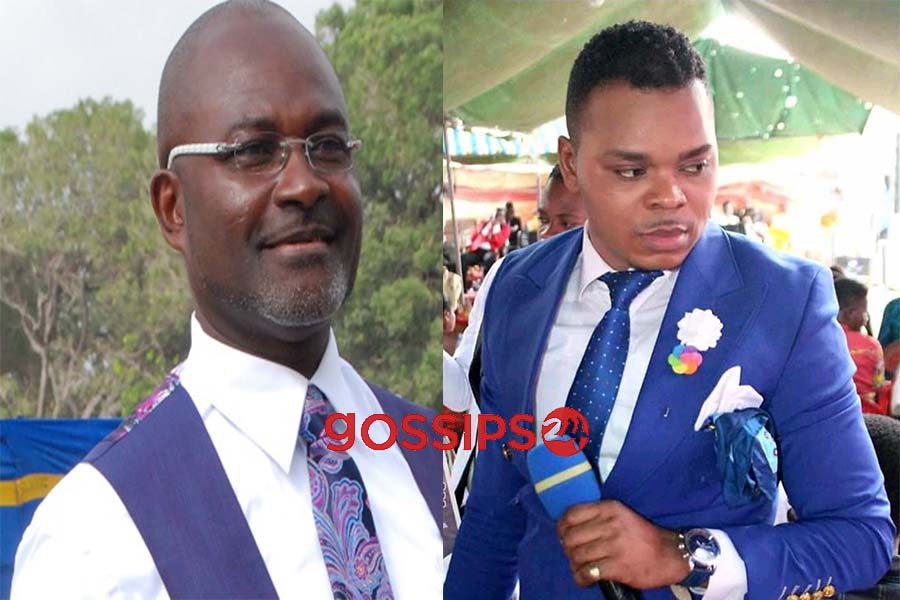 The founder and leader of God’s Way International Church Angel Bishop Daniel Obinim has finally reacted to the money laundering allegations levelled against him by Hon. Kennedy Agyapong.

Yesterday, the maverick politician on the seat program on NET 2 showed a video of how the pastor allegedly defrauded a church member who had brought a gold bar to him to pray over before she goes out to find a buyer.

Kennedy in his expose also revealed that Obinim has been involved in numerous instances of money laundering, as he proved his allegations with physical documents of such transactions.

However, according to Obinim, he will never engage himself in anything that is against the laws of our land, Ghana including money laundering.

But he contradicted himself in his own rebuttal.

Angel Obinim admitted to transferring money to the persons Kennedy Agyapong mention in his expose. The man of God added that though he sent the monies through two accounts at Fidelity ban as alleged by Kennedy Agyapong, they didn’t go as planned.

He said, “I did not finish, I did two and one went.. ei we did two and the two didn’t go through”.

In his own words, the money laundering process was not completed since the transfer did not complete. One can deduce that he made an attempt, but did not turn out successful as alleged by Kennedy Agyapong.

“It is not the responsibility of the church to give you sanitizers; we can’t even pay our rent” – Brian Amoateng tells his church members (video)