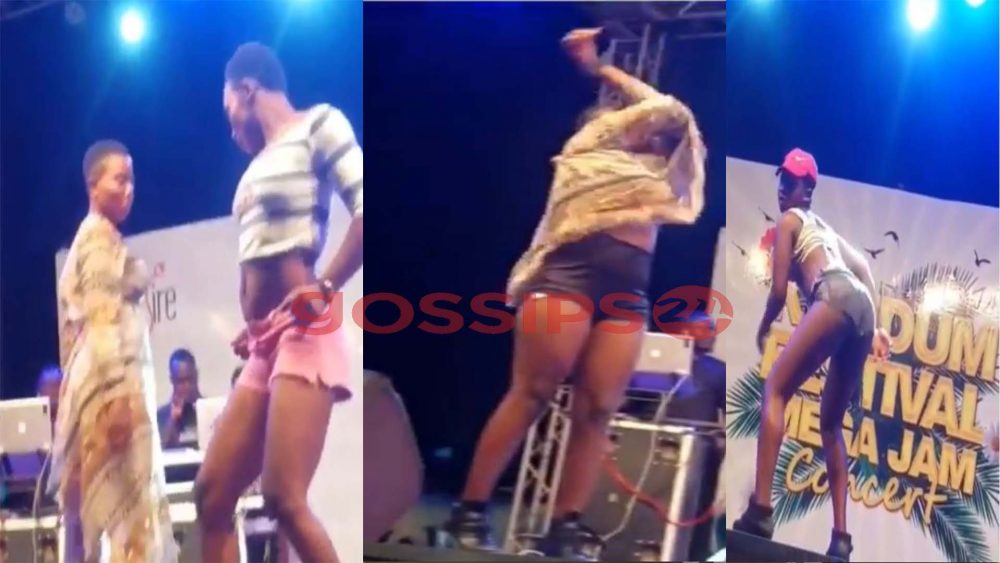 Agbeshie ft Medikal’s WROWROHO has done more harm to the Ghanaian youth than good, judging from the number of viral videos that have popped up on social media.

The Lyrics of the song carries some weight that feeds insanity into the heads of ladies who have been sighted in various viral videos.

On 11th September, we shared with you a video of one SHS girl who removed her dross and showed her bortors whiles dancing to Medikal’s WROWROHO in class during prep hours.

Just when we thought the ‘crae’ was over, another video has gone viral on social media.

In the new video, three ladies were invited up on stage during the Kumdum Festival Mega Concert in Axim on Saturday, September 14, 2019. to show off their dance skills.

However, the Wrowroho song was dropped and two ladies started twerking.

As the song progresses, the third lady joined the other two ladies and stole the show. She was then seen taking off her cloth leaving her bra and short jeans.

The DJ quickly stopped the song to safe the day as the lady was ready to take off everything which caused disappointment on the side of the audience who wanted to see more.