Pastor Alph Lukau of Alleluia Ministries International claims to have brought a man back from the dead. 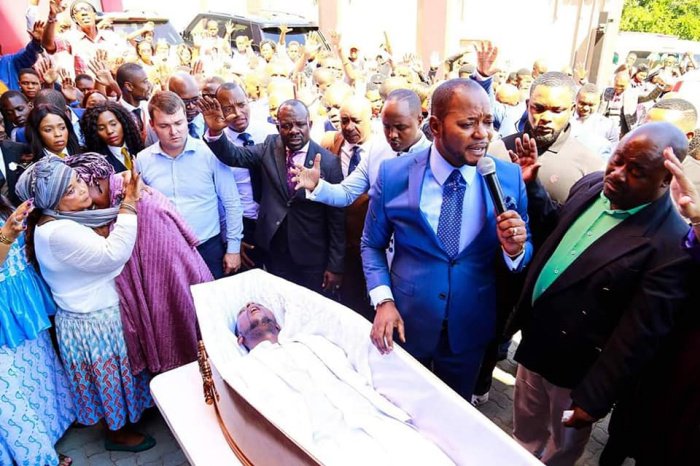 #ResurrectionChallenge : Dead man actually a member of the…

Lukau appears to have shaken South Africa after holding a “miracle” service at his church on Sunday.

During the service, the high-flying minister known for his lavish lifestyle encouraged congregants to keep praying for their miracles.

“Keep on receiving, you are going home with your miracle,” he kept telling congregants as he prayed in tongues. 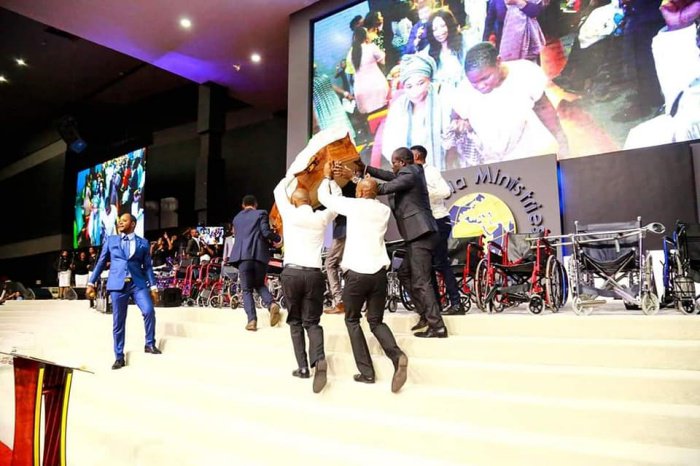 “As the funeral parlour drove over the church door, their neighbour said it seemed like the fingers of this dead corpse were beginning to move,” she added.

According to the deceased’s landlady, the man had gotten sick and started “coughing a lot” on Friday. 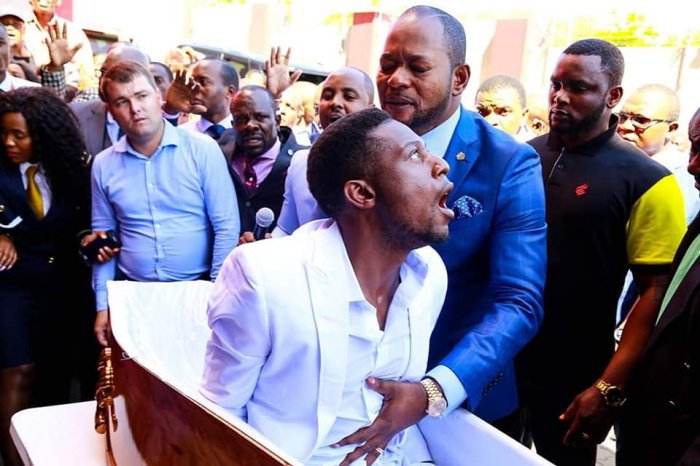 The family then took the body to the mortuary, where it was kept until Sunday. Pastor Alph then asked the congregants to lift their hands and start praying.

“Rise up!” he shouted, before the man got up and sat in the coffin, looking confused, like a modern-day Lazarus.

“The coffin is empty,” he said as the congregants jumped and screamed for joy.