Popular artist manager and entertainment critic, Lawrence Nana Asiamah-Hanson, professionally known as Bulldog in the showbiz industry has proposed that general elections should be held every year.

Putting forward his suggestion, Bulldog opined that since our politicians work overly hard and commission a lot of developmental projects during election year(s).

It advisable for as a nation to make amendments in our constitution to hold general elections every 12 months which he strongly believes Ghana as a Nation will develop within the shortest possible time if this change is made.

In a post the controversial showbiz guru shared via Instagram, he also added that, manifestos should be canceled whiles politicians are presented with National development plans to work on during their tenure(s) in office(s) as heads of state.

Bulldog also remarked that, when his suggestions are implemented, governance will attract selfless individuals who have the Nation at heart unlike the crop of greedy-corrupt ones who have filled up our government system.

to please their citizenry where developmental issues are concerned in an election year is breathtakingly refreshing!

I think as a people we should take a critical look at the constitution again and make amendments to the tenure of office.

Hold elections every year, only then will Ghana attain it’s developmental goals faster.

First there has to be a National Program Development for elected governments to work with, an action plan that provides the guidance needed to develop and build the country and people.

Be proficient at the job and get re-elected, simple.

This will greatly be propitious to Ghana.

Governance will attract a group of selfless individuals who will be dedicated to serve at the pleasure of the people.

Only at that juncture, politics will truly be about people and not an avenue for amassing ill-gotten wealth.”

Check out the screenshot below;

According to Bulldog, general elections should be held every year. Do you agree with him? #Gossips24 #viral #viralpost #explore #explorepage #trending #photography 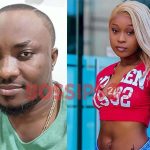 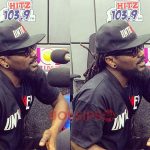