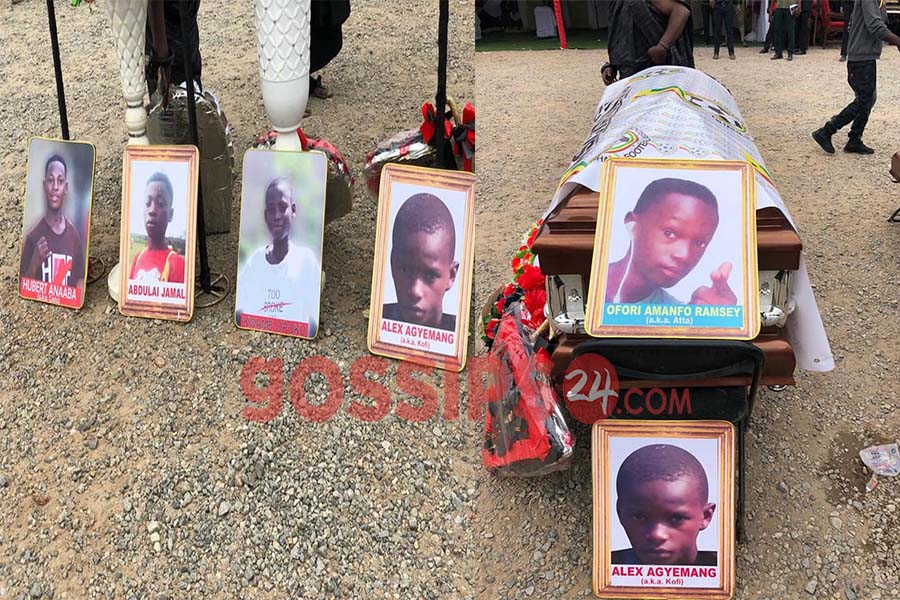 The seven – 7 – young footballers who died in a tragic accident in Offinso, near Kumasi in the Ashanti Region have finally been laid to rest.

The funeral rites for the footballers is taking place today – Gossips24.com has sighted photos from the funeral grounds at Ofinso.

The young boys were members of the African Vision football club in Affrancho.

The team was returning from Kumasi where they went to register for the forthcoming Colt League when the unfortunate incident happened.

All seven footballers were laid in separate caskets with their framed photos bearing their names and aliases – it’s really a sad scene to behold.

See photos from the funeral of the 7 footballers who died in the Offinso accident below:

We’ve not enstooled any Chinese as Nkosuohene – Abetifi Chiefs speaks