Social media got buzzy following the release of a video that saw Kuami Eugene playing Tik Tok games with a lady believed to be his girlfriend, but the musician calls her his ‘best friend’.

After the video surfaced, Gossips24.com has dug deep to find out more about the lady we saw in Eugene’s video.

Apparently the lady who has been identified as Priscilla Quarshie is a daughter to the renowned rapper, Okyeame Kwame and Annica Nsiah-Appiah. Priscilla is their firstborn.

She is also a designer, philanthropist, & stylist.

Her Relationship With Kuami Eugene

She has been styling Kuami Eugene ever since Nana Aba Anamoah’s ex-husband stopped styling the musician.

It appears their video is not the first time they’re hanging out together, they have been good friends in business, and we hear they are also good friends in bed. She has hanged out with the musician on numerous occasions, and her gallery says it all.

She is indeed beautiful and intelligent per what we have gathered so far. 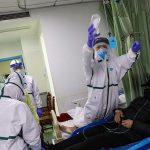 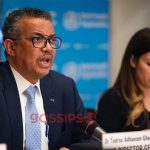