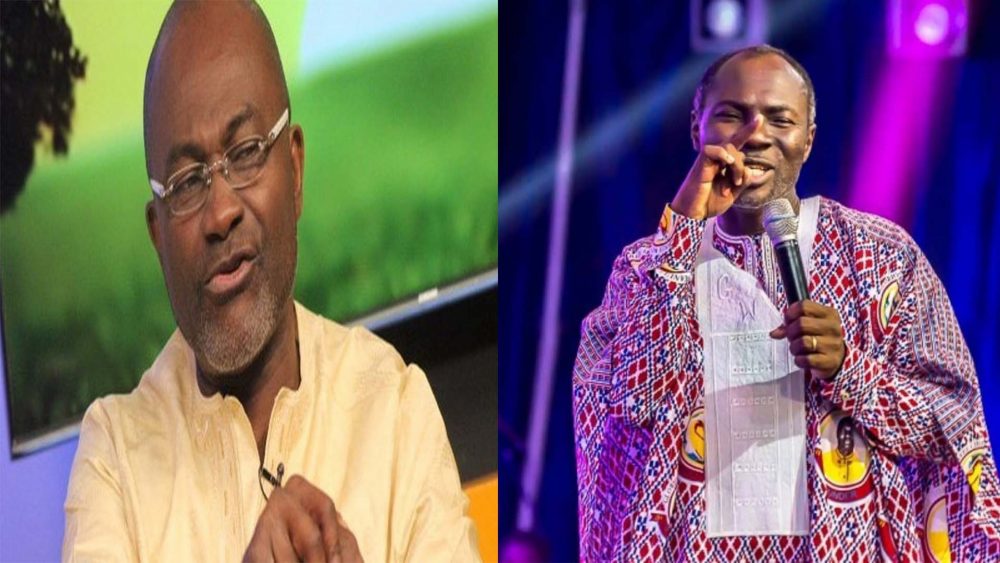 Founder and General overseer of Glorious Wave Church International, Prophet Emmanuel Badu Kobi has sent emissaries to the Member of Parliament for Assin Central, Kennedy Ohene Agyapong to apologize on his behalf.

For the past one week, Kennedy Agyapong made it his mission to expose Prophet Badu Kobi for all his bad deeds despite claiming to be a man of God.

Kennedy Agyapong alleged that Badu Kobi brought four Indians to do some rituals for him and killed black goat as a sacrifice. Someone chanced upon them and took a video of all that.

Again, Kennedy Agyapong exposed the dubious ways Badu Kobi got his cars including how he evade taxes and other customs duties.

He even led the customers to his house to cease some of his cars for nonpayment of custom duties.

Badu Kobi also took to his pulpit to hit back at Kennedy Agyapong. He attacked Kennedy mercilessly and warned him to be careful how he deals with him.

Well, Badu Kobi has thrown in the towel. He has sent emissaries to apologize to Kennedy Agyapong and begged for mercy.

Kennedy Agyapong who was speaking on Boiling Point on his tv station, Net2 Tv made these shocking revelations to Ghanaians.

The member of parliament revealed he told Badu Kobi he has accepted his apologies for now but he should apologize to the president of Ghana, Nana Addo for all the insults he has rained on him.

Kennedy Agyapong informed Ghanaians that Badu Kobi has agreed to apologize to Nana Addo on live TV at NET2 TV. Ken warned he has given him some time to apologize or face his wrath.