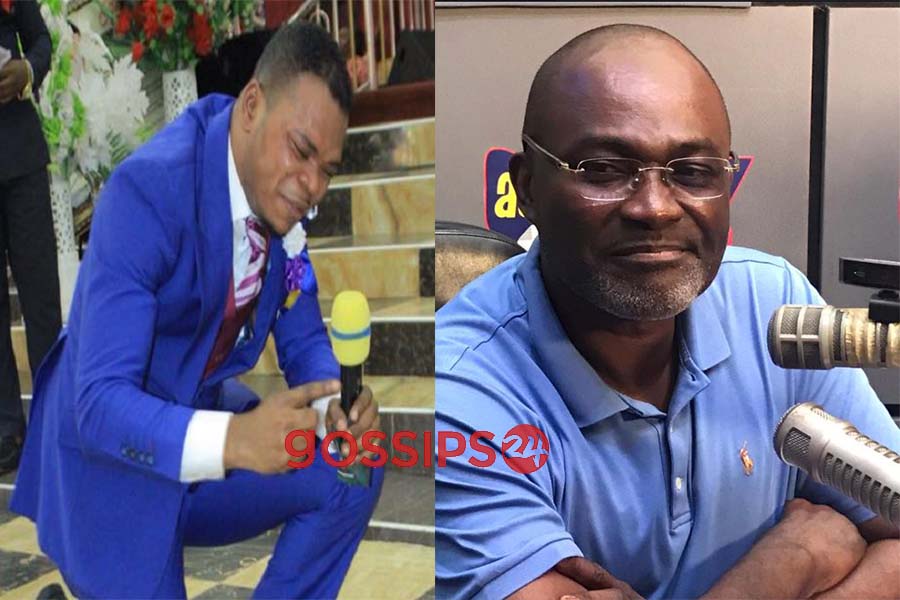 The leader and founder of the International Godsway Church, Angel Obinim has finally thrown in the white towel and apologized to Hon. Kennedy Agyapong.

The Ghanaian politician and businessman who represents Assin Central in parliament for the New Patriotic Party has vowed to expose Angel Obinim over his alleged fraudulent deals.

Kennedy Agyapong, in a previous expose, disclosed how Angel Obinim allegedly robbed his Church member of his gold.

It appears most of the things Kennedy has put before the public is true and too much for the man of God as he has taken to his TV station to apologize.

According to him, his fans should cease attacking Hon. Kennedy. He also said he hasn’t in any way been involved in money laundering.

In addition, Obinim pleaded for forgiveness from the camp of the lawmaker as he subtly admitted to defeat.

Watch The Video Below: