Another death prophecy from these supposed men of God who only see evil in the spiritual realms. A deliberately unnamed clergy has sent shivers down the spines of Ghanaians most, especially popular video vixen and Instagram influencer widely known as Akuapem Poloo.

According to this cleric in an on-air TV discussion on OMAN CHANNEL, it has been revealed to him by God that, Akuapem Poloo is currently under a curse which will consequently lead her to an untimely death any moment from now

As claimed by the prophet, these curses were evoked on Akuapim Poloo by one of the sub-chiefs in the Akuapim land.

Suggesting on the best ways that can be employed to revoke this curse, the cleric advised Akuapem Poloo to seek for spiritual intervention from a very powerful man of God and also take Akuapem name off her brand. 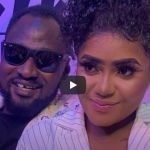 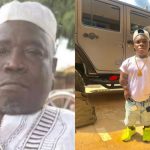