The Food and Drugs Authority has revealed 41 cosmetic products on the Ghanaian market containing dangerous chemicals that have the potential to cause deadly diseases, including poisoning of the kidney and permanent damage of the nervous system.

A statement issued by the Food and Drugs Authority (FDA) said it’s investigations have revealed the 41 products contain mercury, hydroquinone or steroids, which it said “are not permitted in cosmetic products” due to their potential health risks.

These chemicals, the Authority said, could cause permanent neurological damage in children exposed to mercury during pregnancy and or lactation, kidney toxicity, fertility problems, birth defects, gastrointestinal toxicity, liver toxicity, skin infections and skin cancer among others.

The FDA has consequently advised the public against purchasing any of the cosmetic products, and in the case of those who have bought some, “discontinue use and return all such products to the retail shops from where they were purchased or to the FDA”.

FDA replies Wendy Shay for accusing them of taking away her…

Meanwhile, it has directed the companies to immediately recall the products from the market.

These are the dangerous cosmetic products on the market. 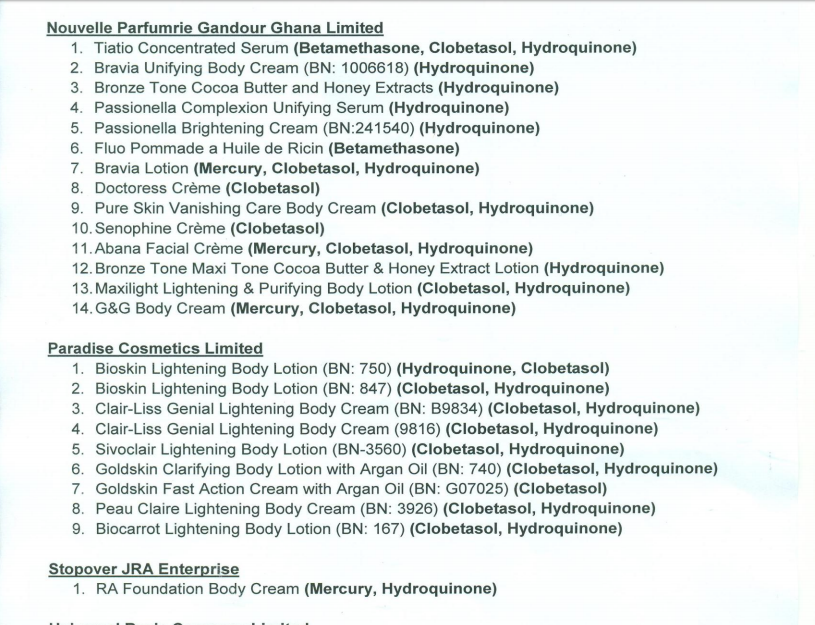 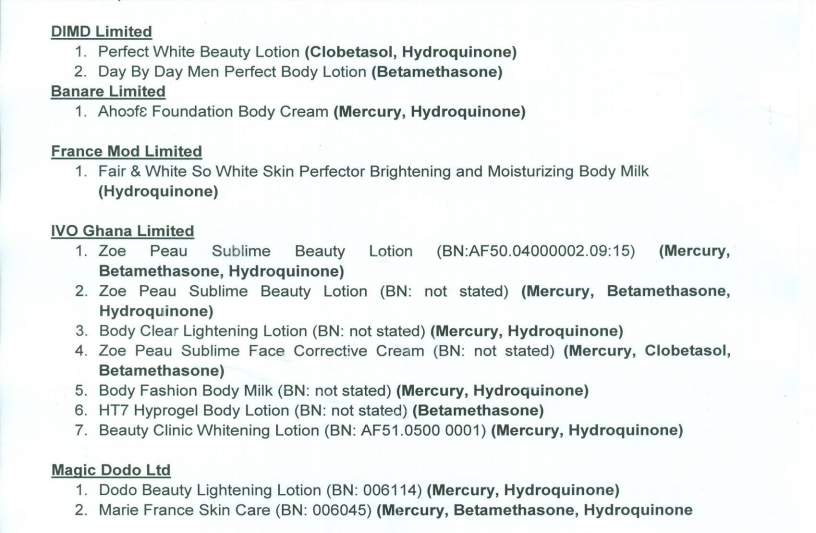