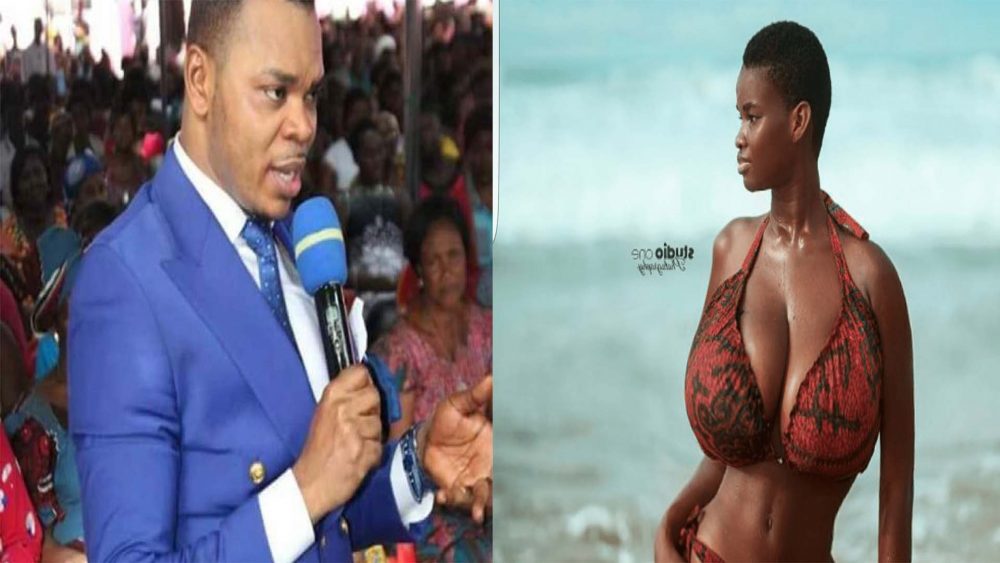 MP for Assin Central, Kennedy Agyapong has alleged that Angel Obinim bought a house for Pamela Odame Watara, this was also reported by Gossips24.com a few days ago.

Well, our findings also give us reasons to believe that Angel Obinim did not only buy a house for Pamela Odame Watara, but he allegedly bought a brand new car for the curvy actress.

But many have been asking what the actress actually did to make her entitled to such gifts from the man of God.

In a report by Gossips24.com about 9 months ago, Bishop Obinim is said to have delivered the actress from some evil spirits hindering her progress in life.

Citing the said report, the man of God revealed that there are forces from her parent’s home fighting against her. He specified that her father’s side are dwarfs that are hindering the progress of Pamela and her siblings.

However, recent revelations trickling in actually reveals their deliverance session was all planned.

According to gossipmongers, Obinim promised to make Pamela Odame’s life a better one if she is able to play along and make the public believe she was actually delivered.

Obinim delivered his promise by allegedly rewarding Pamela Odame Watara with one of his apartments. He is also rumoured to gifted Pamela a brand new Honda Civic.