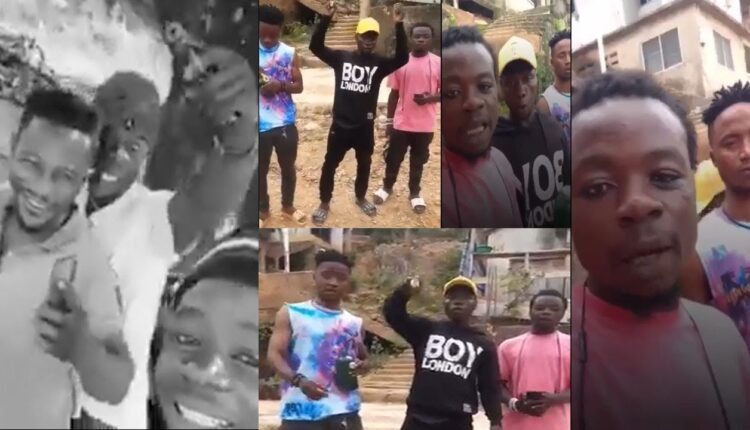 The gun-wielding youngmen sighted in a viral video and linked to Jamestown robbery last Monday have threatened to sue some media outlets for defamation.

In an exclusive video available to Gossips24.com, one of the ‘suspects’, who gave his name as Bebe, explained that “our  video was recorded in October 2020 at a galamsey site, so it has nothing to do with robbery. Those tarnishing our names must prepare because we will sue them and ensure we are exonerated”.

They denied the allegations as they invoke curses on perpetrators who have been circulating the video in their quest to state their innocence.

Police officer Emmanuel Osei and a hawker, Afua Badu, were killed in Monday’s attack by group of armed robbers who trailed a bullion van in a taxi and on motorbike, intersected the moving bullion van and opened fire indiscriminately killing the two instantly.

Watch the video below;

Vanished pen!s at Oti Region returned to owner, but it’s yet to erect