Wanted!!! The Gyan Brothers (Asamoah Gyan And Brother Baffour Gyan) are wanted by the Police 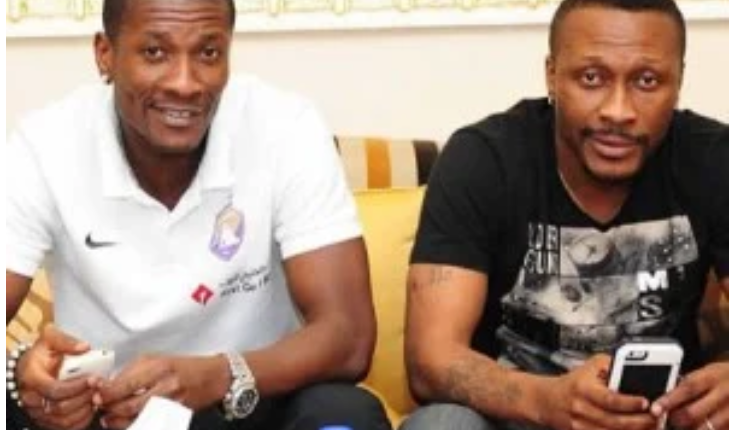 Asamoah Gyan and his brother Baffour Gyan are wanted by the Ghana police following an alleged assault on the CEO of Web Soft Solutions, Mr. Godwin Martey,

According to reports, the alleged assault occurred during a tennis game between the ex Black Stars Captain Asamoah Gyan and Mr. Martey of which Baffuor Gyan was the referee.

Allegedly, Mr. Martey complained of unfair calls made by the referee, Baffuor Gyan and this unfortunately earned him some punches.

A medical report has been issued after the police report by the 37 Military Hospital.

I have no problem with Mzbel – Nana Ama Mcbrown slams critics

Kaywa and I are now on good terms – Kurl Songx

I have settled my beef with Kaywa – Kurl Songx

Election 2020: We will turn Ghana upside-down if John Mahama…

67-year old man who attempted suicide, has been rescued…

Broke boyfriend cries over the pressure his girlfriend has…

#EndSARS Protests: You should be having sleepless nights if…

US Elections: Lil Wayne publicly endorses Trump ahead of…

Nana Addo reveals why he still looks “sexy” at…