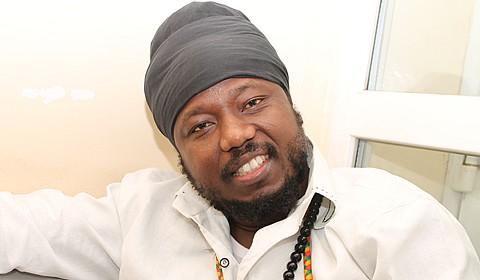 Ghanaian reggae musician and a radio presenter Blakk Rasta have opined that Telecom giant Vodafone should punish Charterhouse organizers of Ghana Music Awards for putting people’s lives in danger at the 20th VGMA.

The Kuchoko hitmaker told host, DJ Nyaami on SVTV Africa that, to him, the best punishment for Charter House is for Vodafone to pull out the sponsorship for two years and as a way of telling Charter House, they are not happy with what happened on the night.

The host of Taxi Driver on Zylofon FM, however, furthered that, After punishing Charter House for two years, Vodafone should come back to the awards festival because it’s a good festival.

Blakk Rasta noted that Charter House was able to do a magnificent and shiny red carpet but failed to provide a metal detector.

Charter House in a press conference on 23rd May 2019 banned Stonebwoy and Shatta Wale indefinitely from participating in the nominations, selection and performances at the Vodafone Ghana Music Awards. Charter House further stripped all awards the two artists have won on the night and are to return all the plaques in their possession to Charterhouse.

Moreover, the two top honours of the night that is the Artist of the Year and Most Popular Song have for the 20th edition of the VGMA been annulled.

One can say, with the ban on the two artistes by Charter House, Vodafone pulling out of the awards scheme will only be fair since all the three parties are to be blamed for the unfortunate incident that happened at the VGMA last Saturday.

Some Bhim And Shatta Movement Fans Are Villagers – Lydia Forson

Lewis Hamilton of formula one racing has contributed his voice to #EndSARS protest.

Let me see my Children and Have Your Account- Dave Joy to Joyce Blessing.

Beenie Man Rushed to Hospital after Collapsing at Mother’s Funeral