Pamela Odame Watara has fired some shots at Nayas over her recent attack for allegedly snatching Nayas’s boyfriend.

The Instagram model and video vixen, Pamela Odame Watara stated that Nayas should focus on treating her smelly armpit and rashes on her bortos as against fighting her for ‘kortie’.

Video went viral yesterday having the two Ashawobrities fighting each other.

speaking on the issue, Pamela said the relationship between Nayas and the supposed boyfriend lasted for only two months due to her bad character.

“Nayas used to be my friend and I never snatched her boyfriend. The relationship was over before I met Nayas and according to the guy, the relationship lasted for two months because of her bad attitude.

Nayas Husband Didn’t Look Like Someone Who Could Beat…

Moreover, the guy has every right to date any woman he wants after the relationship ended. I don’t care who he dated before meeting me and since that relationship is over I have full right to have an amorous relationship with him.

I am not perturbed about the video circulating because she always wants to be in the news but ended up disgracing herself”, she disclosed. 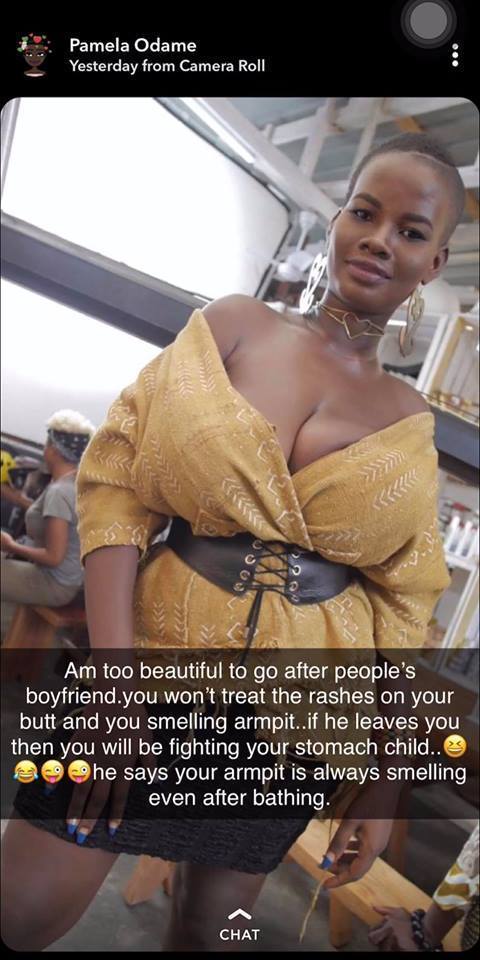 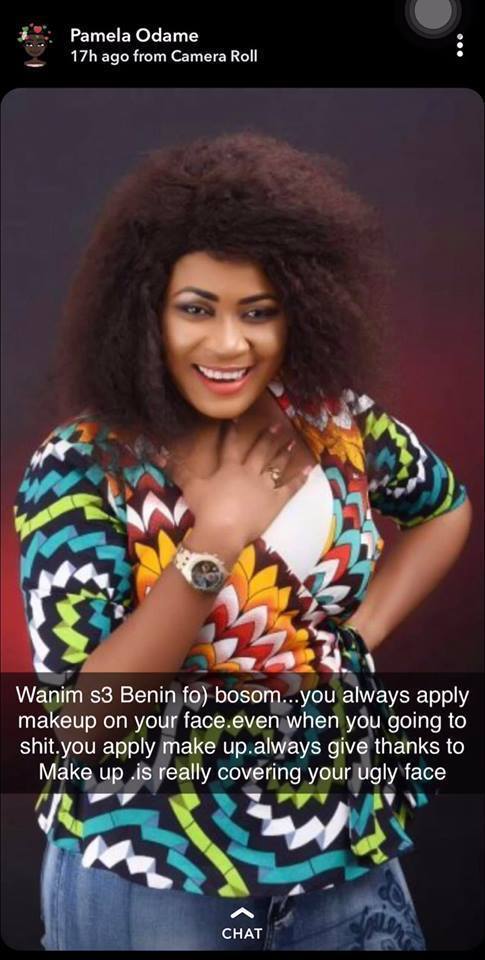