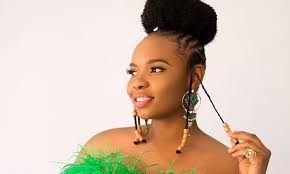 Social media has become a platform for measuring the influence level of celebrities in recent times.

In Nigeria where the movie industry, Nollywood is the biggest in West Africa, being the most followed celebrity is a plus to the brand and image of the celebrity.

Born Yemi Eberechi Alade is one of Nigera’s affable songstress in Nollywood currently having 12.2 million followers on Instagram alone. An Afropop singer, songwriter, actress and activist. She won the Peak Talent Show in 2009 after which she signed to Effyzzie Music Group, and had a hit with her single “Johnny” in 2014.

Tiwatope Savage is one of the most successful Nigerian songstress alive. She currently has a total of 11.8 million active Instagram followers making her the rank number 1 on the list of most followed Nollywood Actressses on IG.

Akindele-Bello Olufunke Ayotunde is one of the most talented Actresses in Nollywood with 11.6 million Instagram followers. Her popularity sprout in sitcom ‘I Need to Know’ from 1998 to 2002, and in 2009 she won the Africa Movie Academy Award for Best Actress in a Leading Role.

Nollywood superstar Actress Ini Edo has a whooping 10.3 instagram followers. Ini Edo is a Nigerian actress. She began her film career in 2000, and has featured in more than 100 movies since her debut. In 2013, she was a judge for the Miss Black Africa UK Pageant. In 2014, Ms. Edo was appointed by the United Nations as a United Nations Habitat Youth Envoy.

Regina Daniels is a Nigerian actress and film producer, and one of the youngest Nigeria Nollywood superstars actresses. At 20 years old, she has active 8.7 million Instagram followers.

She is a veteran Nollywood Actress and producer who currently has 8 million Instagram followers. She won the Africa Movie Academy Award for Best Actress in a Leading Role in 2005, making her the first actor to win the award.

Simisola Kosoko, better known by her stage name Simi, is a Nigerian singer, songwriter and actress. She started her career as a gospel singer, releasing her debut studio album in 2008, titled Ogaju. She and Genevieve Nnaji are currently at par with a total of 8 million Instagram followers.

Chidinma Ekile, known professionally as Chidinma, is a Nigerian singer and songwriter. In 2010, she rose to stardom after winning the third season of Project Fame West Africa. She is a Nollywood stare with 7.5 million Instagram followers.

Rita Uchenna Nkem Dominic Nwaturuocha is a Nigerian actress. In 2012, she won the Africa Movie Academy Award for Best Actress in a Leading Role. She now has a total of 6.8 million Instagram followers, which makes her fall under the top 10 most followed Nollywood Actresses on Instagram.

Kaywa and I are now on good terms – Kurl Songx

Election 2020: We will turn Ghana upside-down if John Mahama…

I have settled my beef with Kaywa – Kurl Songx