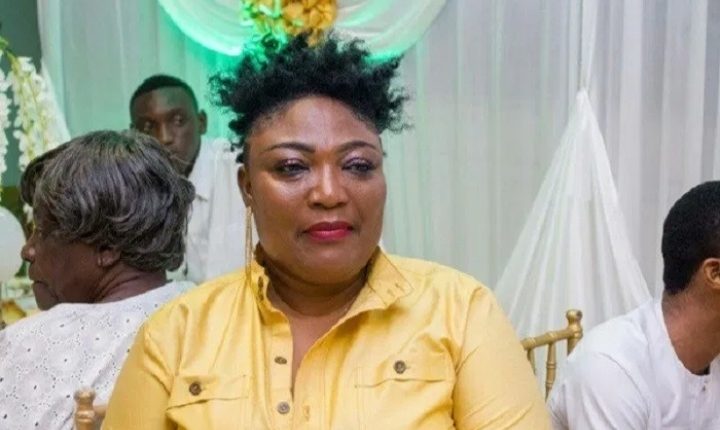 Veteran Kumawood actress, Irene Opare, has indicated that, there is nothing wrong with a woman fixing her butt and breast in order to look more attractive and beautiful.

In her view, the primary purpose for liposuction is to look exceptionally beautiful!

She noted; “When they enlarge their buttocks and breasts, it’s so beautiful. So, to me, those who desire it are the ones who do it. I hear it’s very expensive too. I’m personally afraid but for my fears, I would have done liposuction from my stomach and filled it up in my hip because I don’t have large hips.”

In an interview with blogger Eugene Osafo, the actress revealed that she would have loved to undergo liposuction to enlarge her hips but she doesn’t have the courage.

According to her, the only thing preventing her is the fact that she’s afraid.

“I’m afraid of the surgery. The aftereffects, what happens after 5 years, 10 years; do you know? You don’t know what will happen. That’s why I will think deeply about those things before I make any decision. Most of the time, the ‘I don’t care’ people can do it. If she dies today, she doesn’t care but for me, I think about my daughter, my family and all that. So, if I will do something like that, the courage will be big”, she said

She however advised that people must undertake research and determine whether or not there is aftermath effect in the long run.