It’s obvious Tracey Boakye has bitten more than she can chew this time around citing from the dirty secrets her former best friend now turned nemesis; Gloria Kani keeps dropping on the internet space which always takes over the trends on various social media platforms.

Prior to this disturbing allegation levelled against Tracey Boakye by Gloria Kani. Widespread speculation which surfaced online and garnered massive attrition sometime ago purported that former President John Mahama was in a secret love affair with the actress-cum-movie producer.

According to Gloria Kani, Tracey Boakye is a bigtime blackmailer. Justifying her assertions, Gloria Kani has professed that Tracey Boakye has been blackmailing former president; John Dramani Mahama with her daughter alleged to be the child of the presidential aspirant which has been kept under the veil. 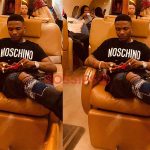 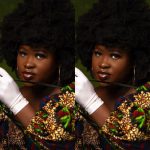