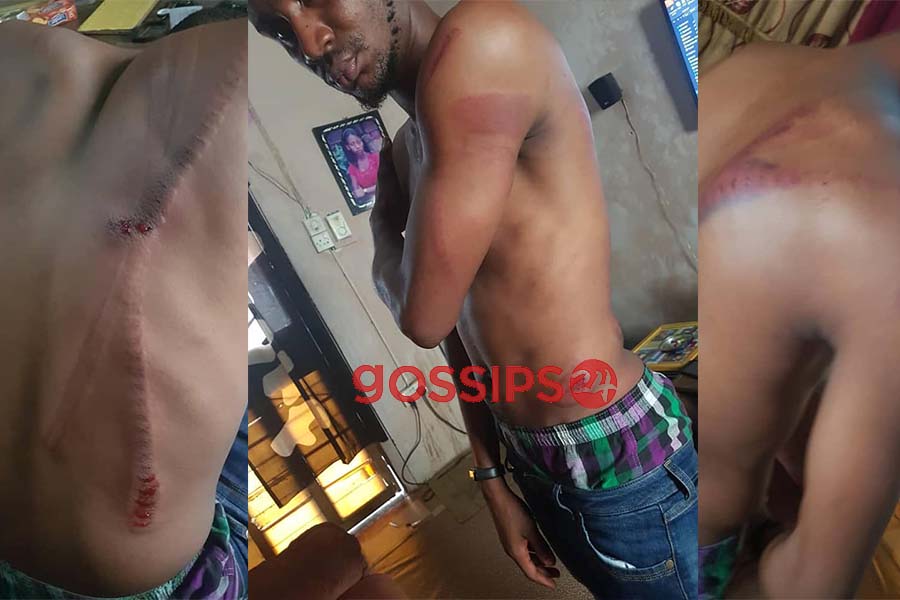 GOOD OR BAD? Soldiers in Ejisu gave an unidentified young man the lashes of his life when he was caught filming the officers without their knowledge.

The soldiers, according to a report by Kwaku Adusei in a Facebook post sighted by Gossips24.com, broke into the young man’s house and brutalized him mercilessly.

An eye witness accounts that the soldiers were not happy with the victim who was filming them with his smartphone for unknown reasons from the first floor of a storey building.

They went to his house and flogged him with a wire. It didn’t end there, they also destroyed the victim’s phone for his unwarranted conduct.


Though the young man’s action was uncalled for, no amount of offense should warrant such brutality.

JOIN THE FUN, SHARE THIS !!!
Share
Related Topics:SoldiersSoldiers lash a young man for recording them with his smartphone
Up Next