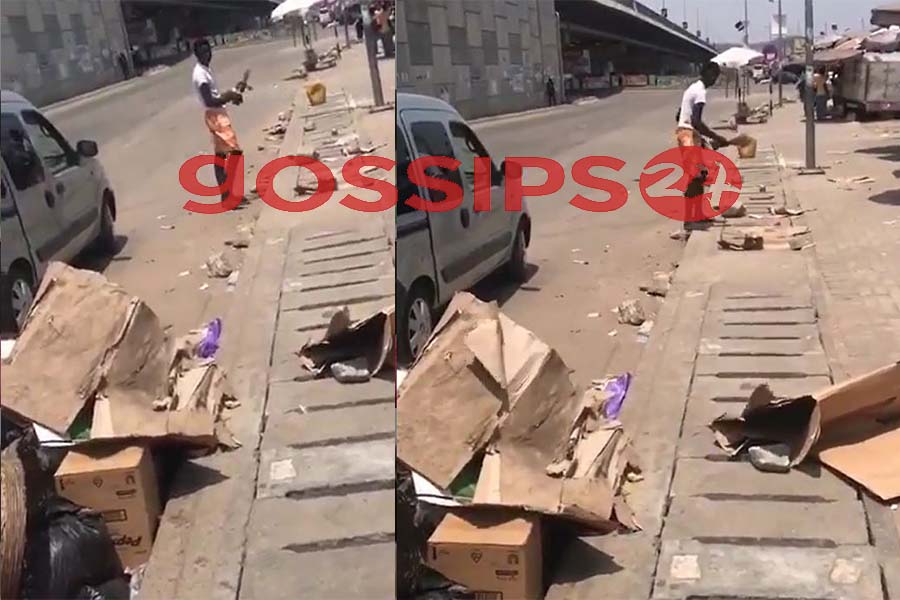 GREATER ACCRA – A young boy logged his name in the bad books of soldiers who were ensuring the lockdown in Kasoa and was ordered to sweep the streets.

The young boy, in a video sighted by Gossips24.com, was seen sweeping and cleaning the streets of Kasoa in the early of today.

According to the soldier who ordered the young boy to undertake the exercise, the boy was recording the officers on duty during the lockdown.

When he was asked by the officers of his mission in town, he explained that he was going to buy an earpiece for his Samsung phone… at the end, the phone was broken by the soldiers and was given a community task as punishment for defying the lockdown directives.

He swept the streets and collected the rubbish until the place was entirely clean again.

This is not the first incident to have happened during the day, another occurred around 8 am today when a man was also made to squat and pinch his ears for a similar offense.

JOIN THE FUN, SHARE THIS !!!
Share
Related Topics:Boy ordered to sweep the streets of Accra for going to buy an earpieceCoronavirusKasoaLockdown in GhanaSoldiers
Up Next