None of Kwaw Kese’s songs appeared in the just-released 3Music 2019 nomination list. This has really started creating controversies since Kwaw Kese is angry about this. Because of this, Shatta Movement fans are mocking him just as he did to their boss a few weeks ago.

Kwaw Kese recounts how he nearly committed suicide in 2014

“Hahahahahahah……….I swear even ur mum saf no de play ur song for house u want award ………LIKE THEY PUT U INSIDE AAAAAA LIKE GOD NO DEY”

It seems the SM fans are more than excited with the turn of events. Check the screenshot below. 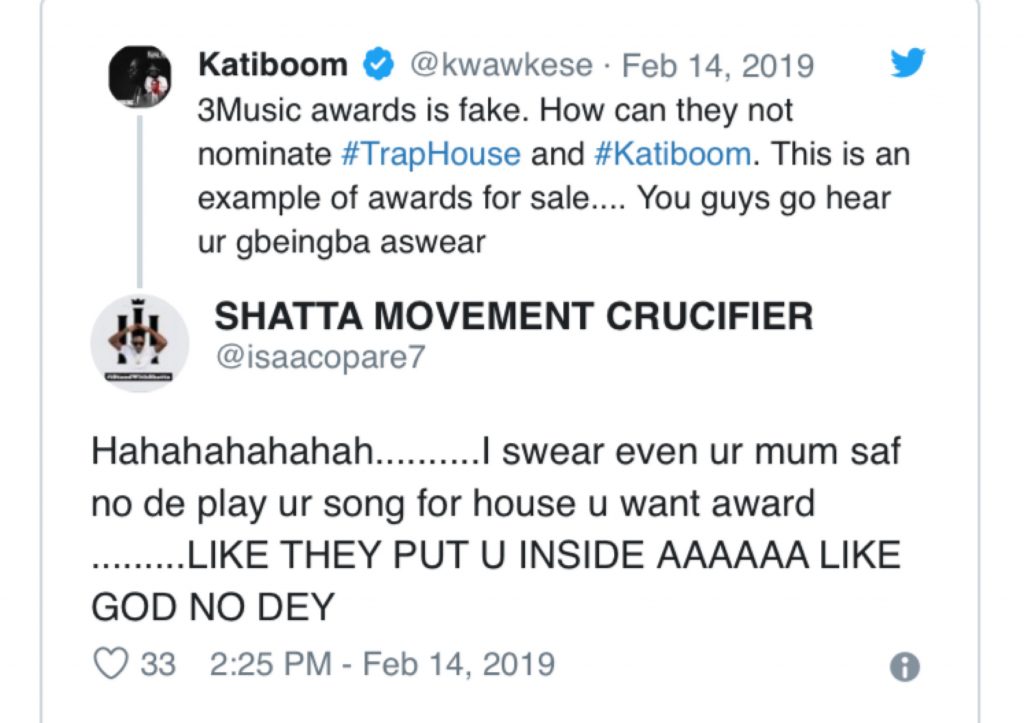