The media fight between them led to the revelation of some dirty secrets about these celebrities. Well, they are at it again. This time not between the three ladies but only Sista Afia and Efia Odo.

“The hippo is angry again ooo.”

Rihanna Snubs Efia Odo After She Begged The Singer For Fenty…

Efia Odo Begs Rihanna For Ambassadorial Deal After The…

Efia Odo Puts Her Raw Bo0bs On Display At Kwesi…

And we hope you all know who the hippo is?

Efia Odo referred to Sista Afia as a hippopotamus some months back. So it was no surprising when Sista Afia also replied her tweet upon seeing it that,

“The Hippo will beat your ass the next time i see you @Efiaodo! You dont mess with me you should know that.”

Maybe Efia Odo might have read wrong meanings into Sista Efia’s tweets and acted on it. A few hours later Efia Odo deleted her tweet but we managed to get you some screenshots. Check below. 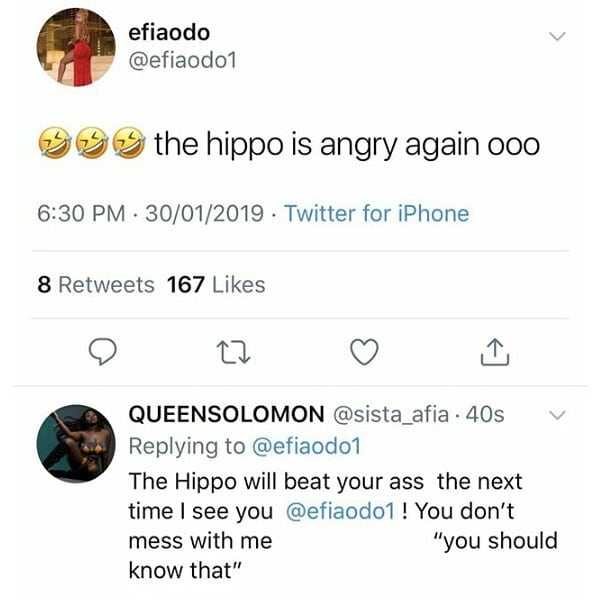 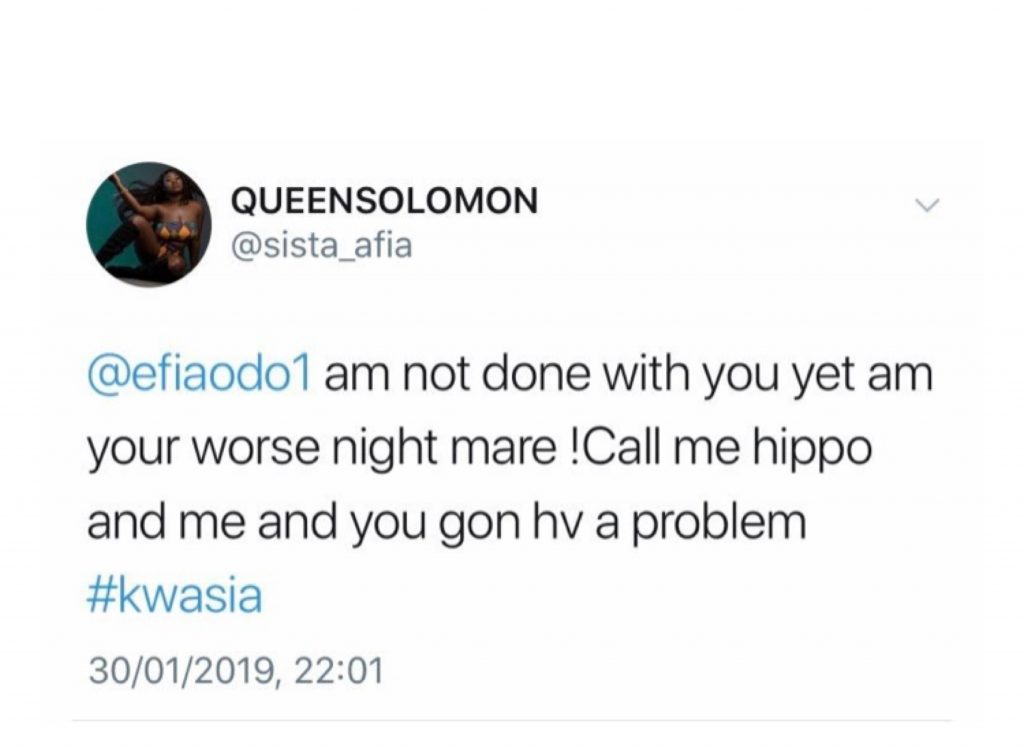