Davido’s ‘assurance’ Chioma has allegedly been cheating on him whenever she’s in London. Davido and Chioma who happens to be one of Nigeria’s best couples never seem to escape rumors surrounding their relationship and hate from some people.

A Nigerian blogger, Kemi Olunloyo, who admittedly has issues with Davido, is about to face more with the singer if she doesn’t stay off the couple’s case. Her latest revelation is Chioma has been chopping down guys in London behind Davido’s back.

Kemi claims to have gotten her hands on some chats between one of Davido’s main employees and a friend as they chat about how the lady is cheating on Davido.

King Spesh, Davido’s head of Corporate sponsorship, is in the chat with another friend and alleges infidelity on the part of Chioma and claims another musician, Peruzzi, is even aware of her cheating. 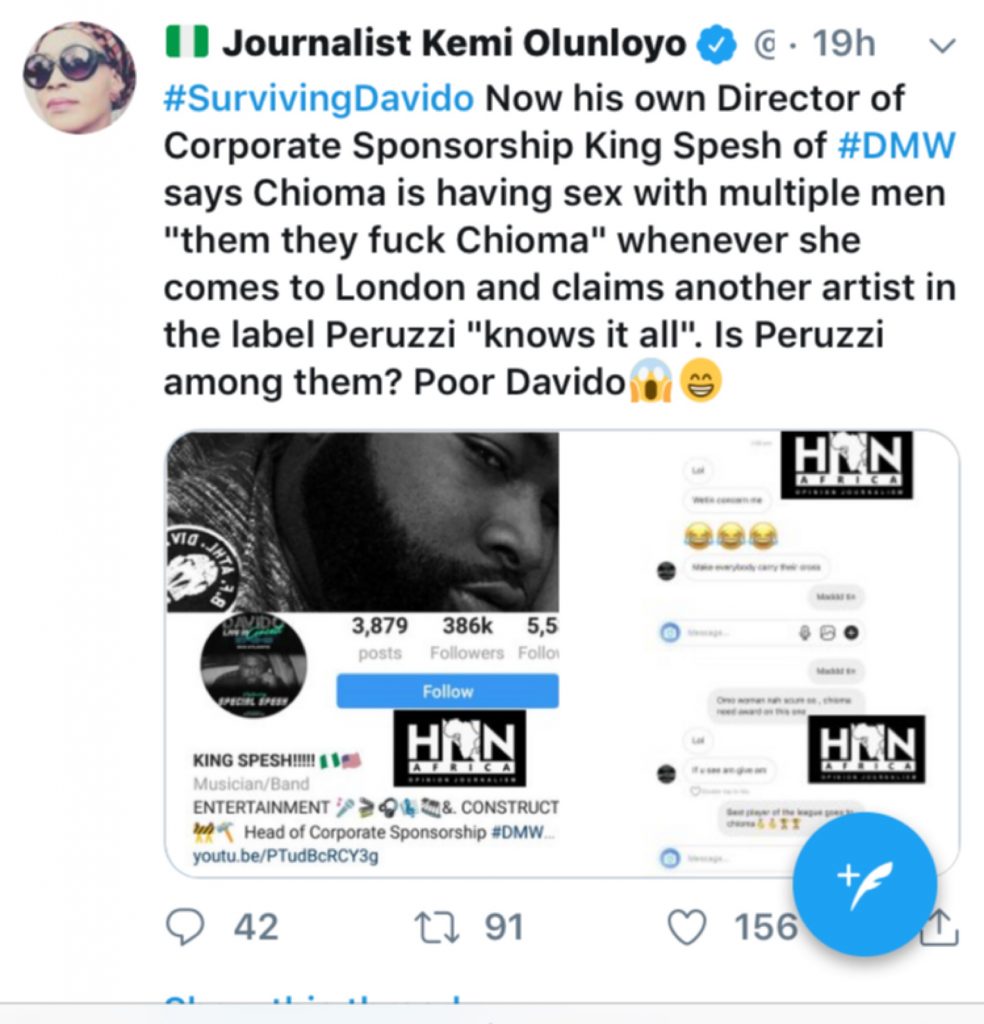 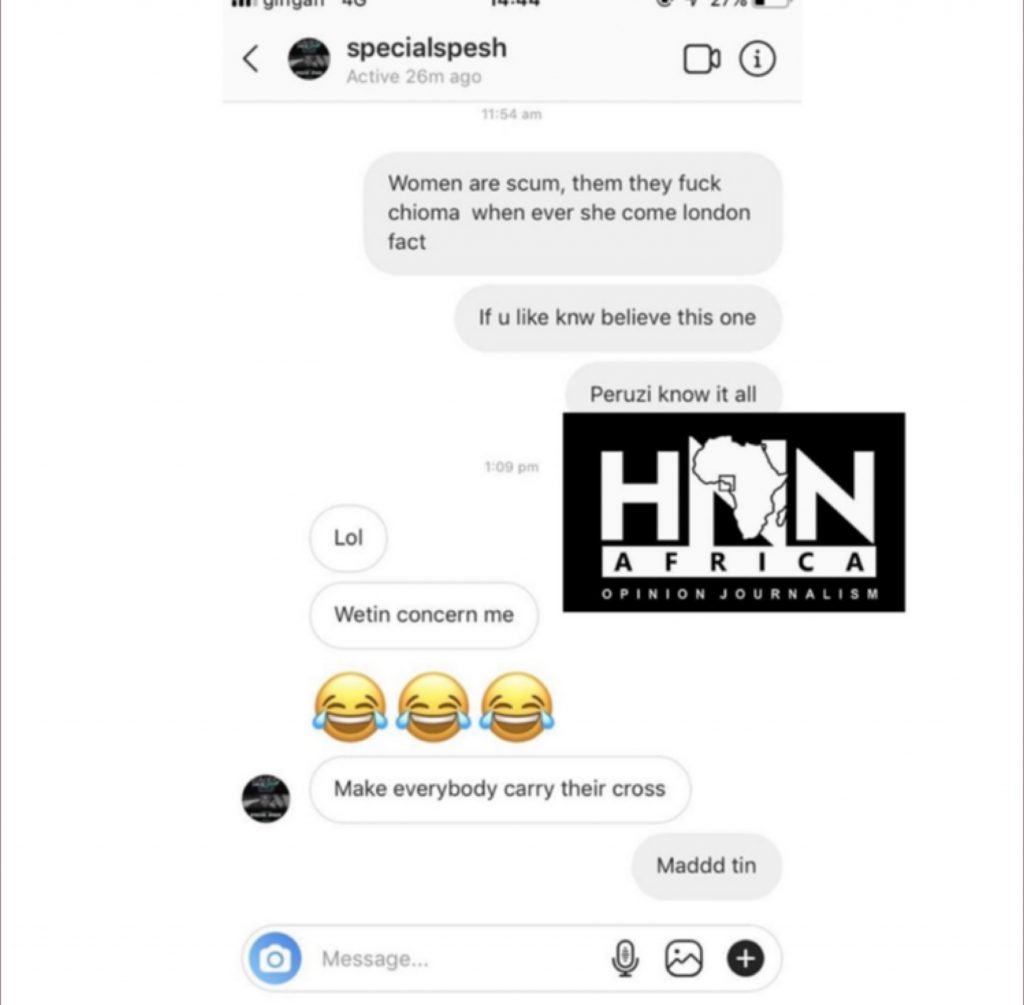 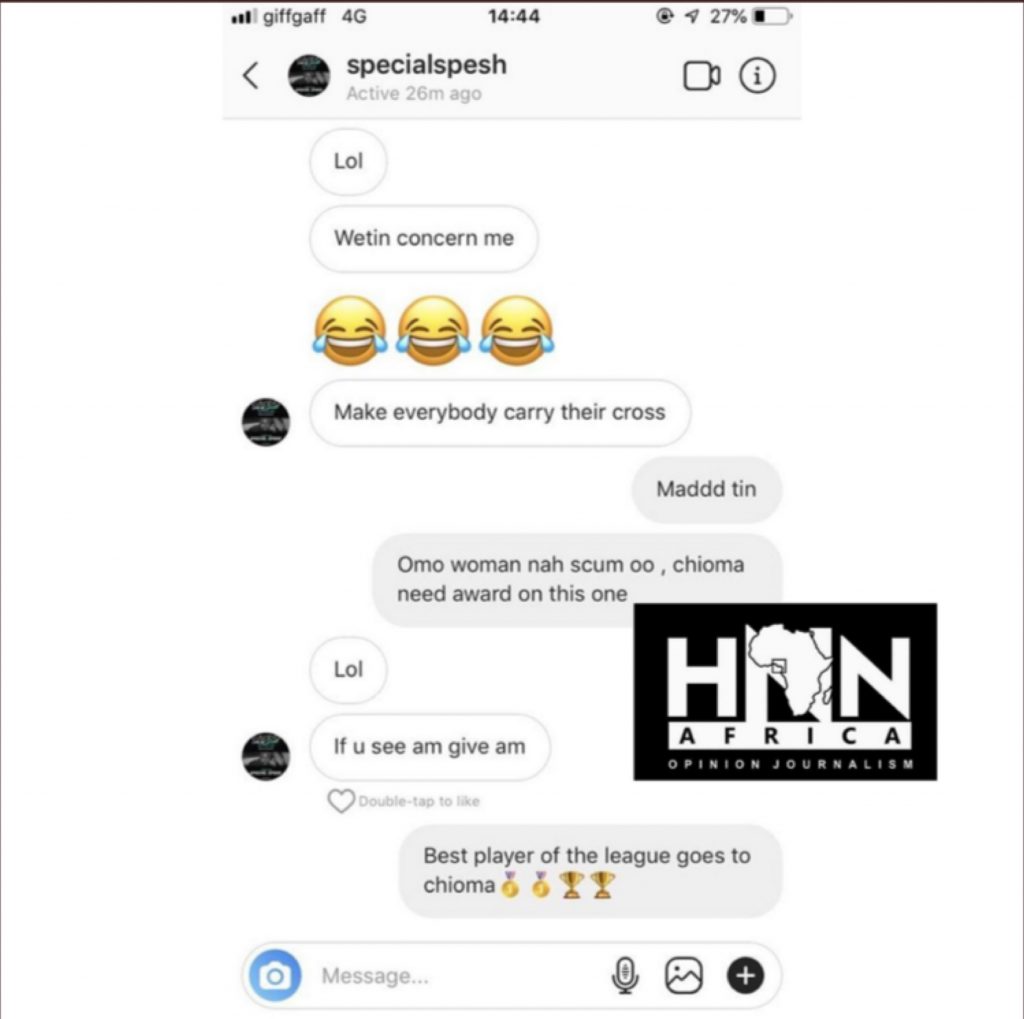 I will beat the hell out of Abronye – Joyce Dzidzor Mensah