Criss Waddle, C.E.O of the Arab Money Gang, AMG, has revealed that he tried to sign a girl into their gang but things didn’t go as plan.

A surprised fan who wondered why there is no girl signed into AMG and asked Waddle in a tweet got his answer when Waddle then replied that the girl she was about to sign slept with half of the guys on the team even before she could finish her first single.

There Is Nothing Like Sika Duro – Criss Waddle (Video)

Though he didn’t mention names of the guys or the girl in particular, is obvious that the guys on the AMG team don’t joke around when it comes to girls. 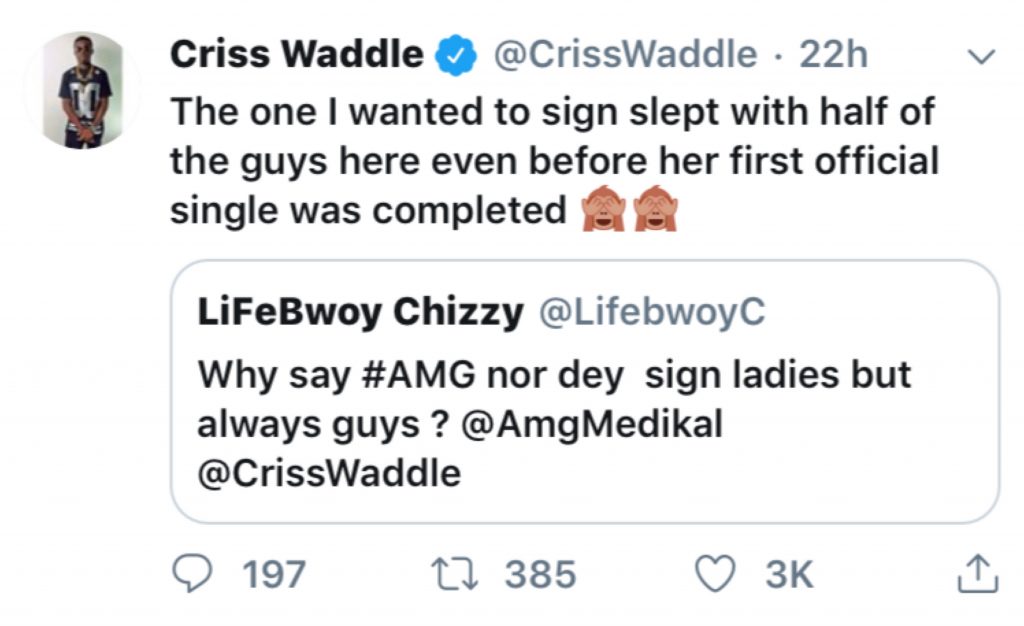 10 Reasons Why You Should Love Your BIG BOOBS

WATCH: Nadia Buari, Others, Catwalk At The Naming Ceremony Of John Dumelo’s Son