SEE THIS – Making Of The World Largest, Biggest Airport In Beijing [+PHOTOS]

At a time when Africa nations are still battling with poverty, some are still planning to produce pencils, United States government is still battling its legislators over the Mexico wall which amounts into trillions of dollars, China is silently developing its nation and making it the eighth wonder of the world by building the largest and biggest airport in the world which will accommodate, wait for it, 72 million people, that’s about the combination of Ghana, Senegal, Benin Republic, and Niger. And someone will say these Chinese are human beings right? Let’s continue…

If you are always fond of getting lost in an airport or sprinting through long terminals to catch your flight, you’re sure to be out of breath when you visit the Daxing International Airport. Opening in 2019, and slated to be the largest airport in the world, China’s newest airport is designed to meet the country’s ever-growing travel needs, and become the new hub for China Southern Airlines and China Eastern Airlines.

Beijing is in desperate need of a second global gateway. The existing Capital International Airport is hitting full capacity, making it nearly impossible for airlines to add flights at desirable times.
In 2017, more than 95 million passengers passed through the three terminals of Beijing Capital, the world’s second busiest airport behind only Hartsfield-Jackson Atlanta.

The new Daxing airport, designed by the late architect Zaha Hadid and her Chinese partners, is built for the future, boasting four runways and a terminal the size of 97 soccer pitches upon opening of the first phase.

Nicknamed “starfish” by Chinese media for its shape of five concourses connected to the main hall, Daxing aims to reduce walking for passengers, long a complaint against many new mega-hubs. 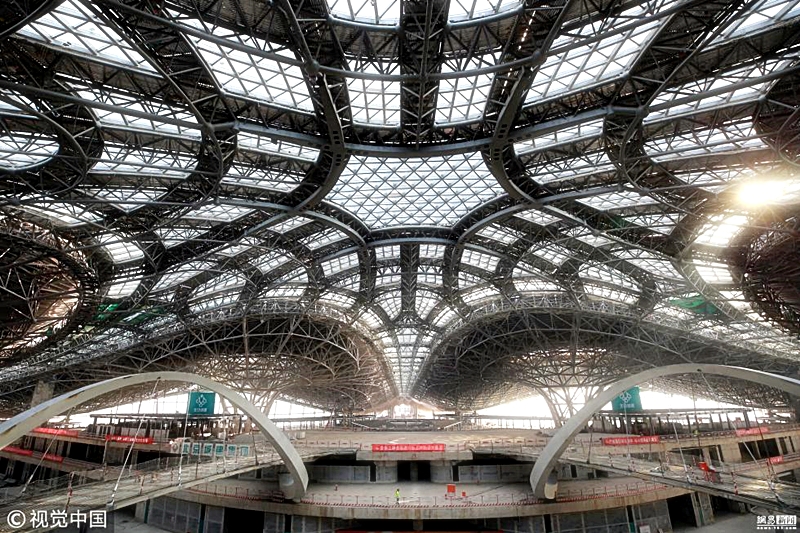 Travelers can expect a spacious, open interior filled with civic gardens and other sustainable elements. These include shading strategies, high-performance glazing, and roof lights that will optimize the terminal’s energy performance. All of this is predicted to reduce overall energy consumption and CO2 emissions by 50%. “The overall symmetry of the airport,” says the website of Zaha Hadid, the airport’s late architect, “together with its flowing, interconnected forms, create a fluid composition which evokes the harmony and balance evident in Chinese landscapes.”

The airport aims to accommodate 100 million passengers a year, with a 700,000 square-meter energy-efficient terminal designed to make navigation as smooth as possible — or, as smooth as can be expected from one of the world’s busiest airports. With Beijing’s Capital International Airport currently recognized as the second busiest in the world, China’s new airport will play an important role in improving the travel experience to and from Beijing. 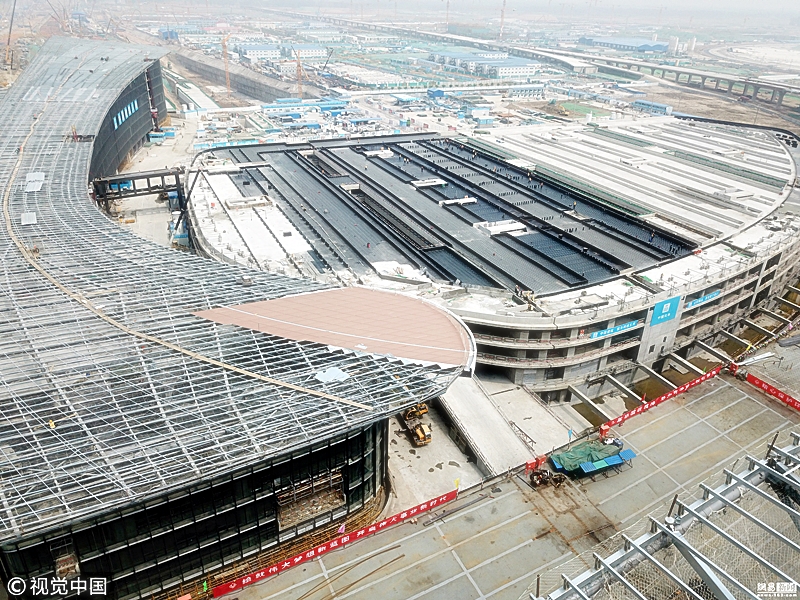 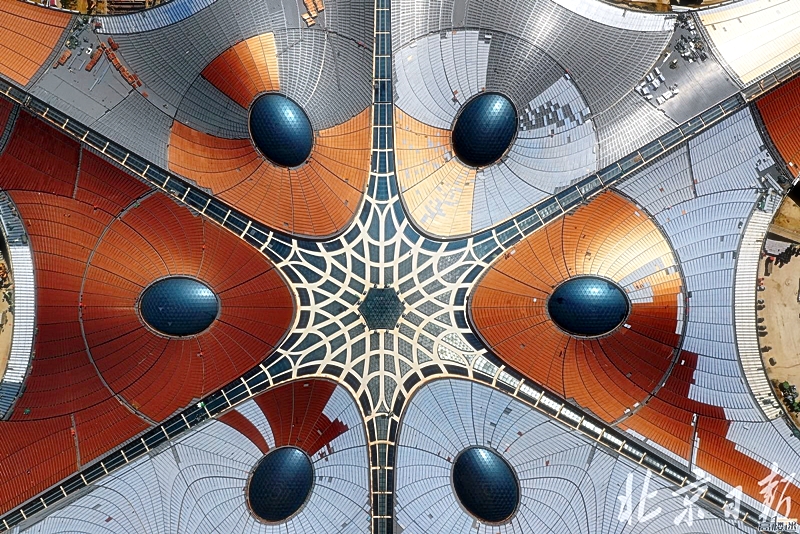 Celebrities In China Banned From Displaying Their Wealth 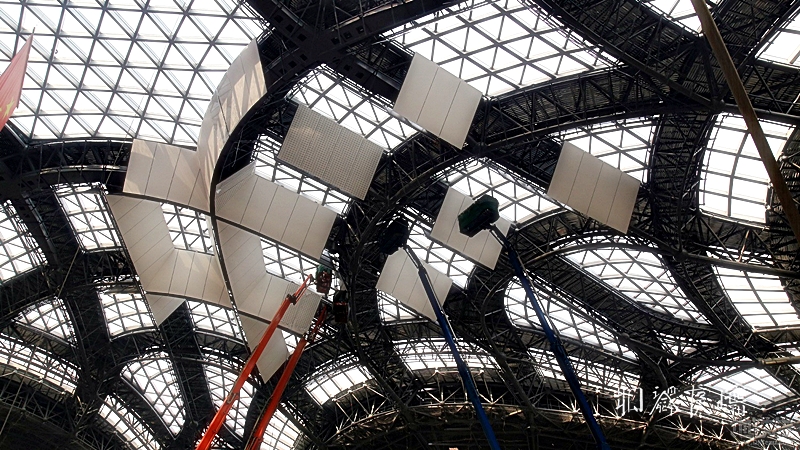 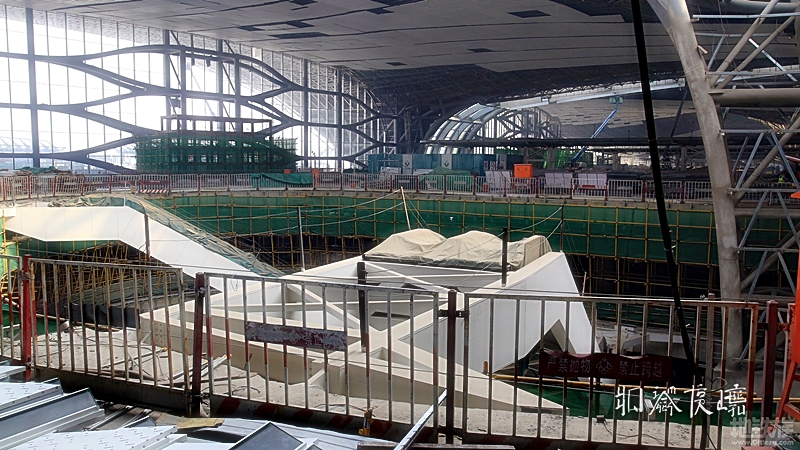 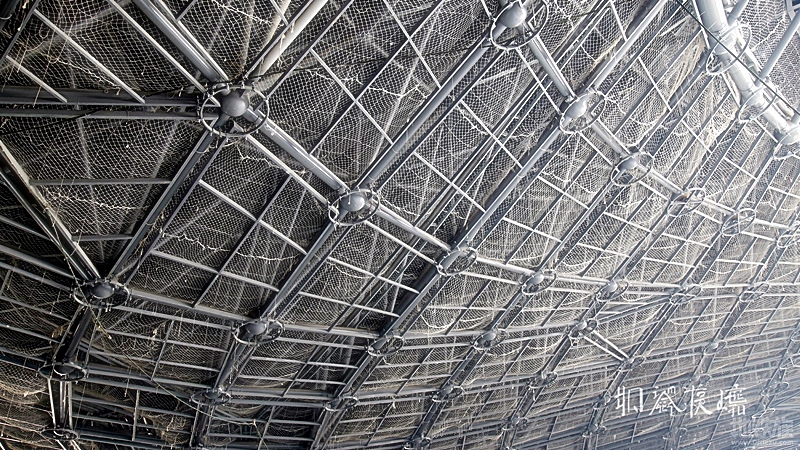 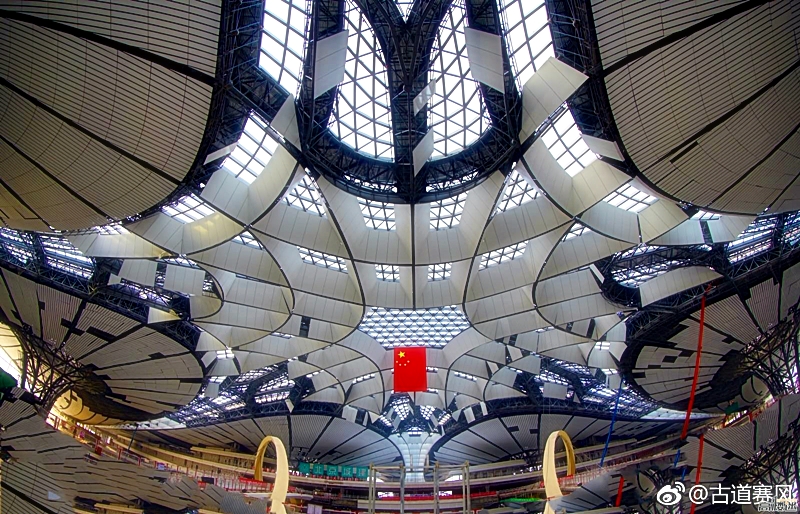 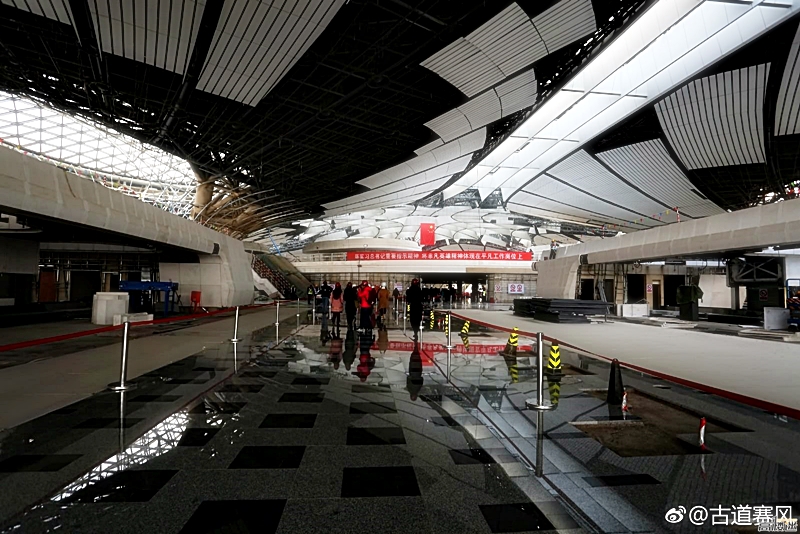 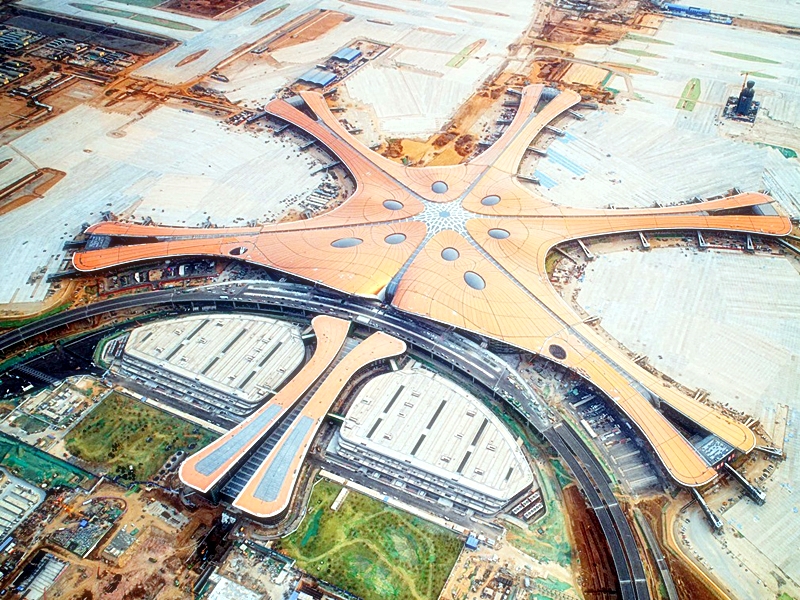 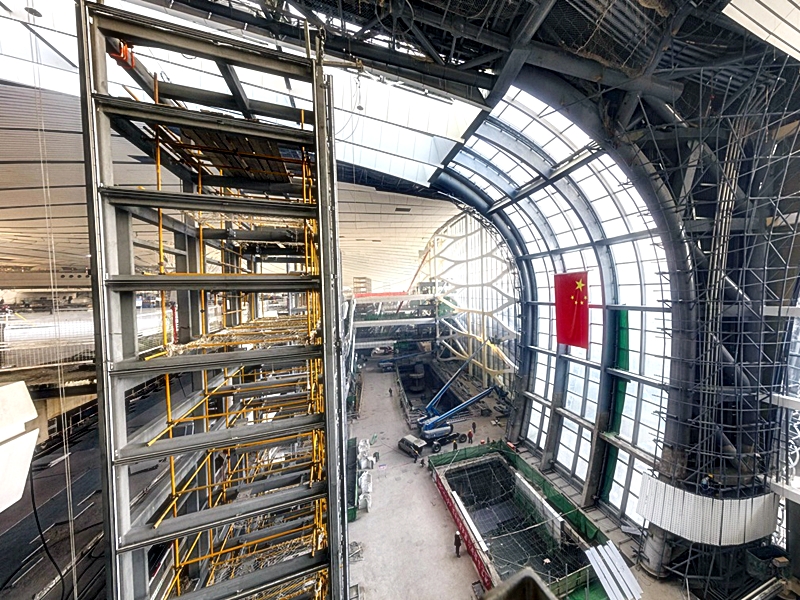 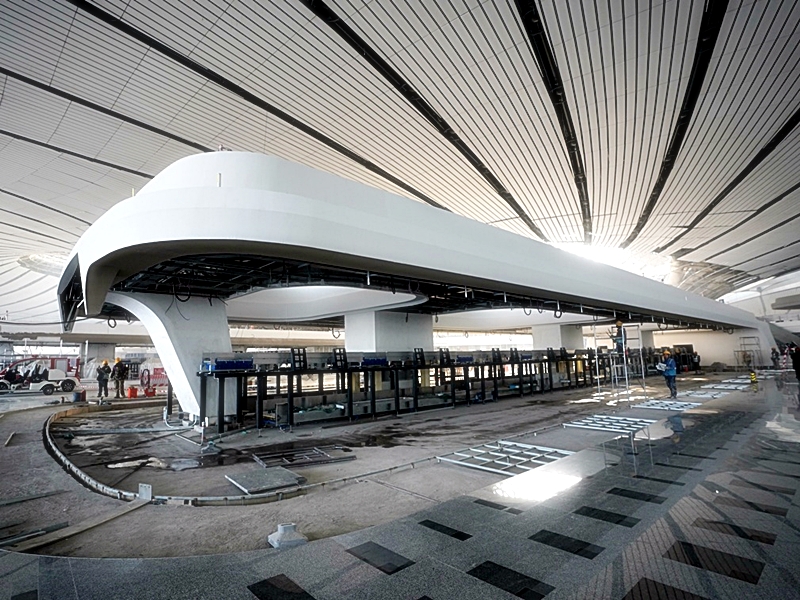 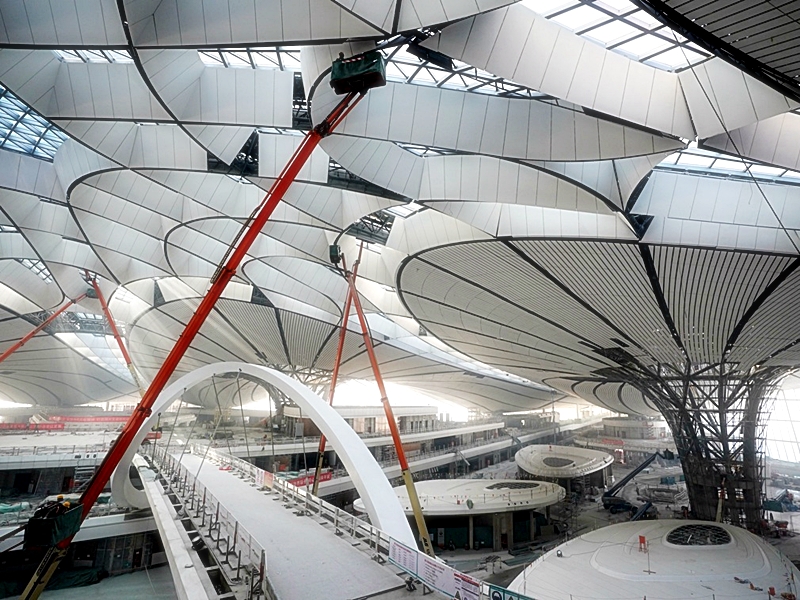 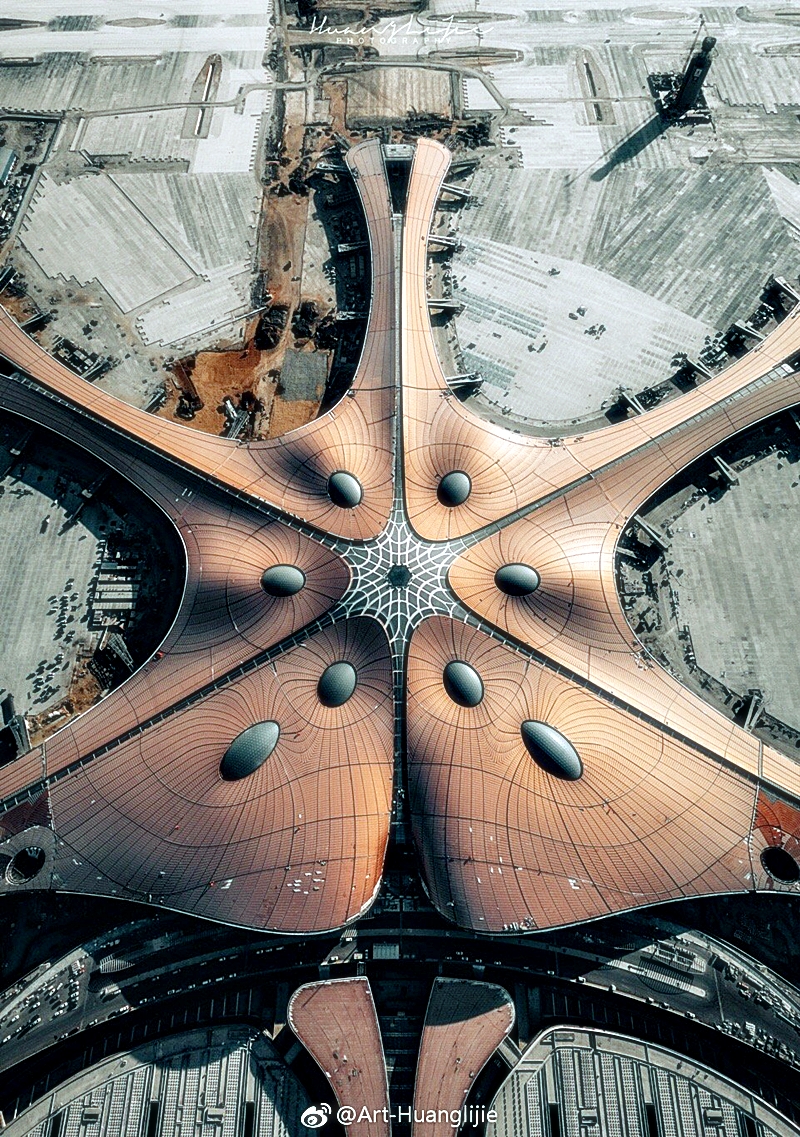 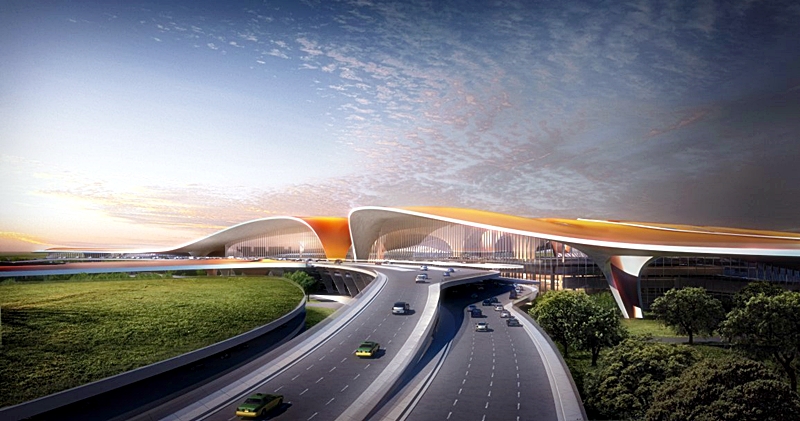 MUST WATCH MOVIE – THE ZONGO WHERE I COME FROM