Nigerian female singer Simisola Bolatito Ogunleye, also known as Simi, has savagely replied a fan who says he will die if he doesn’t marry her.

Simi got married to her husband, Adekunle Gold in a beautifully organized ceremony barely a month ago.

The beautiful Nigerian idol got the wiredest reply on her picture yesterday. A male fan who we think has no idea  Simi is married commented under her picture saying-.

Simi, I am about to drink Otapiapia, Marry me or I die

Simi Bemoans The Incessant Hardships Women Go Through For…

Adekunle Gold and Simi all loved up for Christmas

The happily married singer is not going to allow anyone to emotionally blackmail her into marrying two men or getting a divorce in order to marry a dying man. She simply gave him a message for Jesus for her.

You’re gonna have to greet Jesus for me

That was all the beautiful princess said and we can’t stop laughing. 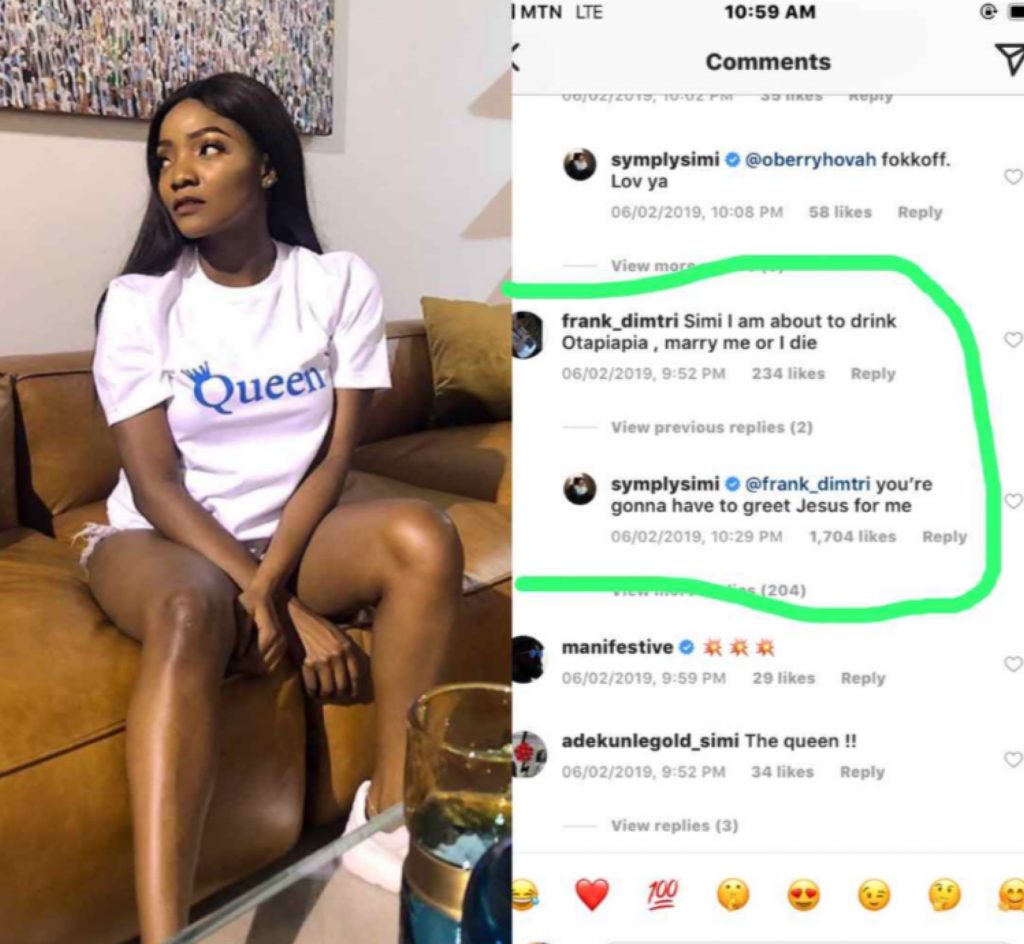 Ghana Is The Safest Country In Africa – Michael Blackson Insists