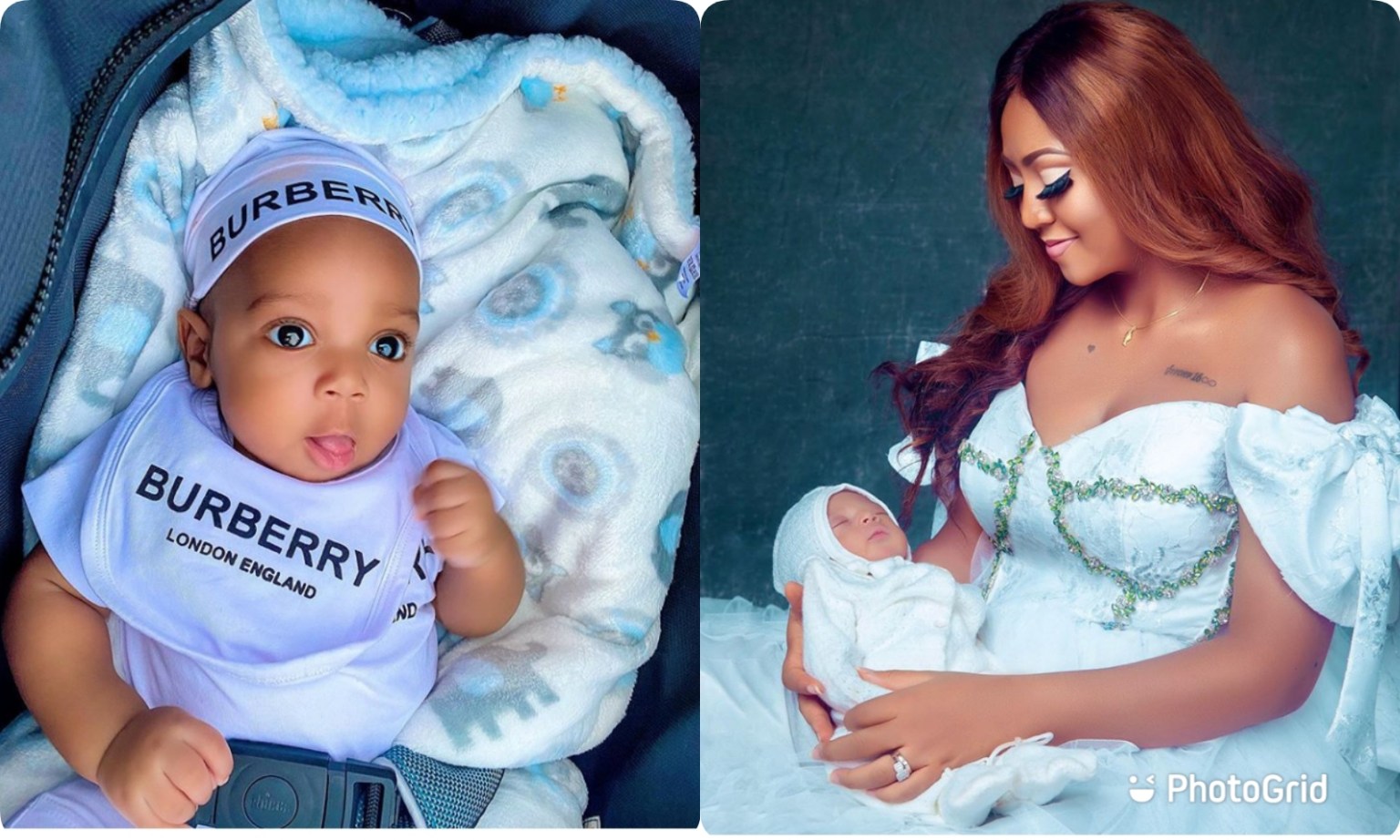 Nigerian actress and wife of a moneyed business mogul, Regina Daniels has warmed hearts with a captivating message to her first child and only son who is now three months old.

According to the new mother, she can’t wait for his son to crawl, play and call her mummy.

There was drama on the internet some few weeks ago after a video which popped online depicted Regina Daniels’ mother raining curses on actress, Chika Ike for trying to snatch Ned Nwoko from her daughter.

Addressing this accusation, Chika Ike hosted an Ig live session where she strongly rubbished claims that she was secretly seeing the billionaire polygamous man [Ned Nwoko].

My enemies now pour curses on me in Mosques – Political activist, Ayisha Yesufu…

#EndSARS: “I felt I was going to die there” – Ephraim Narrates

67-year old man who attempted suicide, has been rescued after jumping into Kwara…