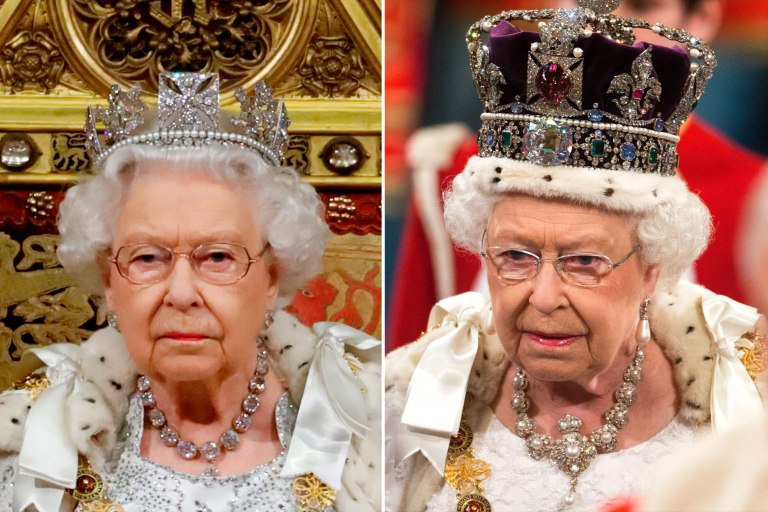 Queen Elizabeth II, broke the tradition by wearing a lighter crown for Monday’s state opening of parliament, instead of the heavier one she had worn for the same event 64 times before.

The Imperial State Crown, encrusted with nearly 3,000 diamonds, was placed on a table close to the throne from which she delivered her Queen’s Speech setting out Prime Minister Boris Johnson’s work programme.

The 93-year-old monarch wore the lighter Diamond Diadem, also known as the George IV diadem, as she read the speech from a throne, accompanied by her eldest son and heir, Prince Charles, 70.

The queen has previously worn the diadem en route to state openings of parliament and for many other official events.

In a BBC documentary in 2018, Queen Elizabeth II said the Imperial State Crown, which weighs 1.3 kilogrammes, was very unwieldy.

The crown was made for the coronation of her father, King George VI, in 1937 and worn by the queen for her coronation, as well as 64 previous state openings of parliament.

“Once you put it on, it stays,’’ the queen told the broadcaster.

“And you can’t look down to read the speech, you have to take the speech up, Because if you look down, your neck would break and the crown would fall off’’ she added.

The Imperial State Crown features 2,868 diamonds, plus sapphires, emeralds and hundreds of pearls.

However, the diadem, made for George IV’s coronation in 1821, has just 1,333 diamonds, according to the Royal Collection Trust.

Rihanna praises journalist who interviewed her without writing down questions