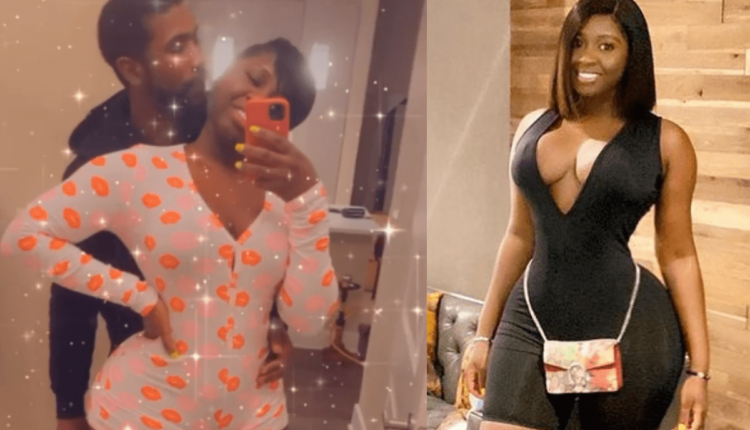 Earlier last week, Gambian born Ghanaian based actress and socialite, Princess Shyngle headlined the articles of various top blogs and news portals after she openly revealed that her marriage with the bestie has hit the rocks.

As revealed by Princess Shyngle, her husband, Gibou Bala Gaye beats her to the pulp and even once pulled a gun on her.

However, the estranged ex-husband has finally broken silence on the whole brouhaha.

According to him, he has never laid any a finger on Princess Shyngle like she has accused him of, except he once pulled a gun on her when he was very angry and couldn’t control his anger.

In his reaction message to Princess Shyngle’s wild allegations against him, Gibou Bala Gaye admitted that he was formerly a terrible person but he changed from his wicked ways to love Shyngle as a wife, brother and most importantly a friend.

Take a look at the screenshot below to know more…