The twentieth anniversary of the prestigious Vodafone Ghana Music Awards may have its fair share of controversies this year as well, just as those of the previous years, because the troubles of this year’s awards have begun quite early.

Just after the organizers of the awards, Charter House Ghana, released the list of the nominees for this year’s awards yesterday, March 15, the rebranded music group, Praye are up in arms because they failed to receive a nomination in the category of ‘Best Group’.

According to various post sighted on the Facebook page of Choirmaster, a leading member of the group, they were the strongest group in the year under review because after their big comeback at the 2018 VGMAs, they have played various shows and that none of the other group nominated come any close to them.

Praye Tiatia further states that even though the awards is in its twentieth year, the organizers, Charter House, have failed to learn because they keep committing the same unpardonable mistakes.

Beverly Afaglo Cries As House Got Burned By Fire [Video]

Enough of your gross disrespect to Ghanaian artistes –…

Stonebwoy And I Will Not Return The VGMA Awards –…

He also emphasized that because they have seen that the organizers want to intentionally ‘mafia’ them, they have decided that they won’t make an appearance at the awards.

Check out screenshots of some of the Facebook posts sighted on Choirmaster’s wall. 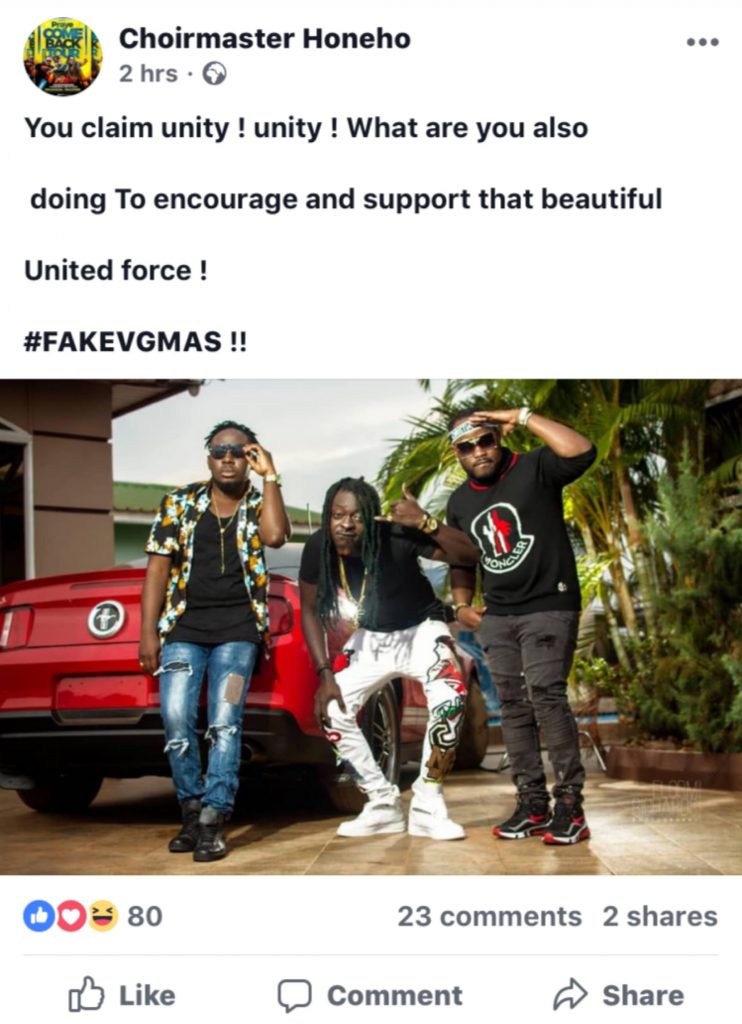 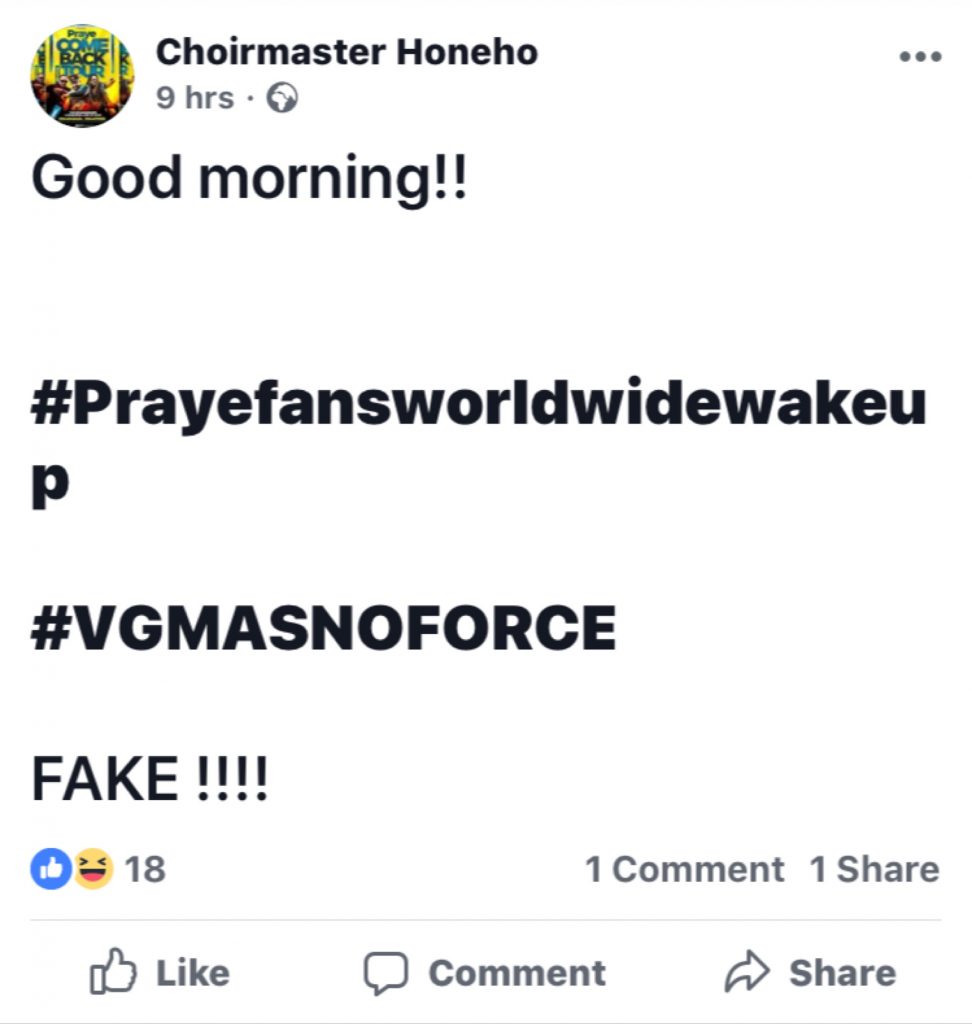 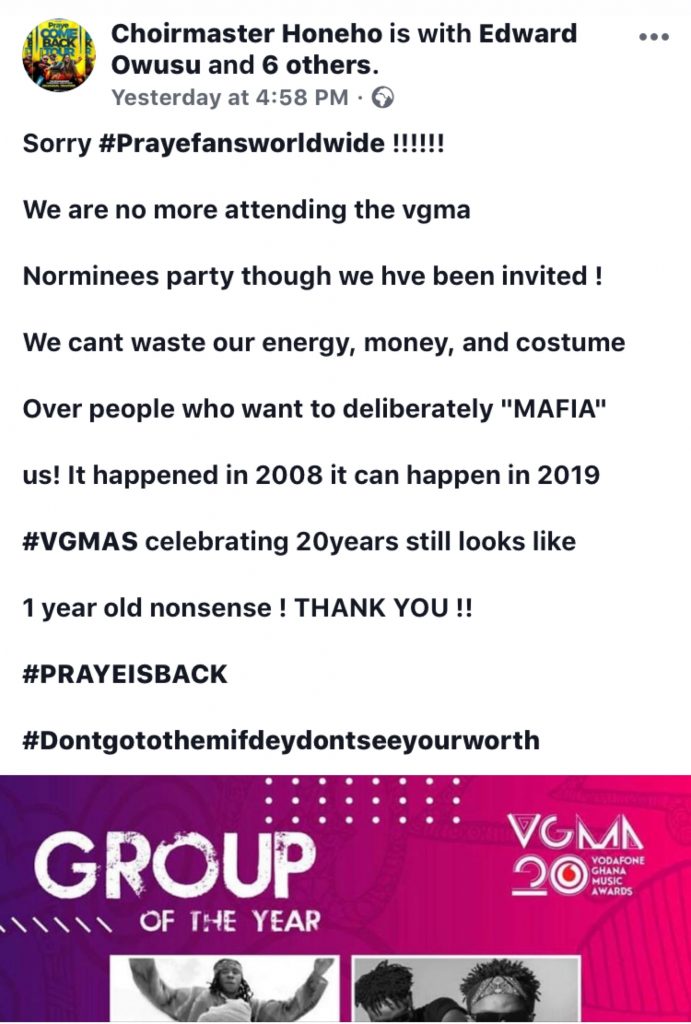