For many who don’t know Sarkodie’s big sister, Veronica Addo is a big fan of the rapper an in most stories told by the rapper, he mentions his sister as one of the people dear to his heart.

Veronica Owusu-Addo is a mother of two – a handsome boy and a beutiful girl. In one of the photos sighted by Gossips24.com, rapper Sarkodie was seen posing with Veronica’s daughter.

She is an entrepreneur and the CEO of Kyeks Ventures, and a ‘Globetrotter’ – meaning she loves to travel around the world.

Sarkodie’s daughter, Titi really resembles Veronica and that is evident in one of the photos sighted by Gossips24.com.

Veronica plays a vital role in Sark’s career, information gathered has it that she is a board member of the Sarkcess Music Label. 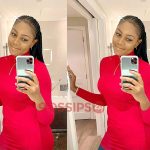 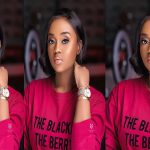 “Many women lose their senses while waiting for one man” – Davido’s fiancee, Chioma