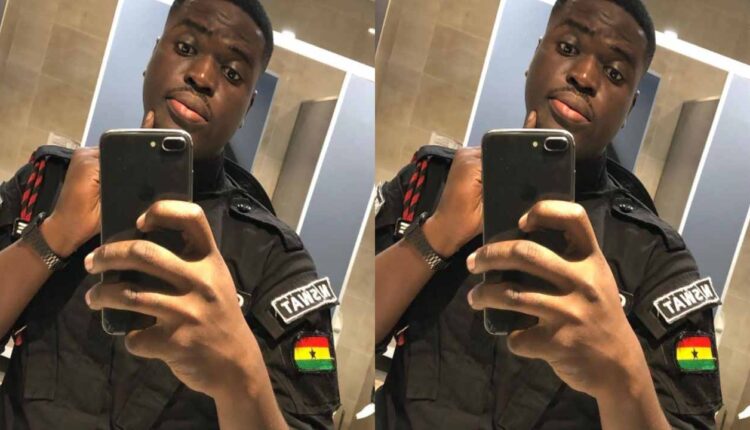 Gossips24.com has gathered some photos and the info on the policeman who was shot on duty whiles some fearless armed robbers attacked a toyota-hilux converted into a ‘bullion van’ in James Town today.

A Police officer was shot dead by suspected armed robbers in an attack on a bullion van at Adedenpo near James Town in Accra on Monday, June 14, 2021.

Information on the attack is sketchy but reports say the officer who was with the National SWAT team of the Police was escorting the money in the vehicle and was seated in the front seat.

The policeman has been identified as Constable Emmanuel Osei.

Young constable Emmanuel Osei was found in a pool of blood at the front seat.