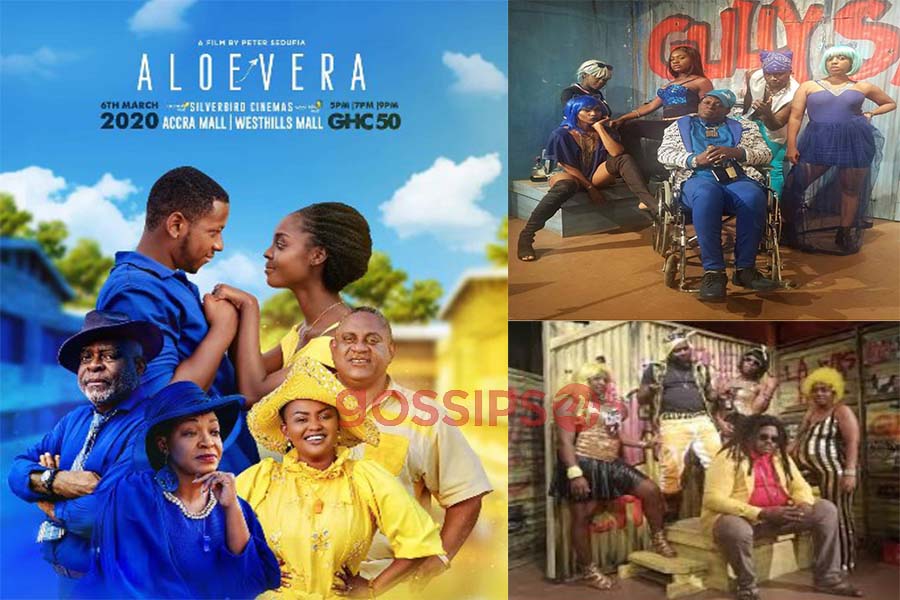 Renowned film producer and movie director, Peter Sedufia has been busted for copying – dito-dito – a Jamaican movie for his yet to be premiered ‘Aloevera’ movie.

Peter Sedufia is a popular Ghanaian movie director who is known for his magical works on movies like Keteke (2017), Sidechic Gang (2018) and Trending Crimes (2020), with entering NetFlix.

However, Sedufia under OldFilm Production got it all wrong after copying ‘Romi and Julie’ a Jamaican movie which was directed by Patrick Brown.

It is evident that Sedufia copied almost every single thing in Patrick Brown’s romantic comedy ‘Romi and Julie’ for his ‘AloeVera’.

Right from the storyline, to the concept, there was not a single thing that wasn’t similar to ‘Romi and Julie’ which was released in May 2019.

Though ‘AloeVera’ is yet to be premiered, the spark of similarity in the already released work by Patrick Brown in Jamaica makes us question Sedufia’s creativity when it comes to originality this time around.

Sometimes movies are inspired by other concepts, but to copy blindly is a no-no! One disappointing aspect of it all is his failure to credit Patrick Brown in the trailers we have seen so far. If he is smart enough, he will do that later.

The premiere of “AloeVera” comes off on 6th March, 2020. In the meantime spot the similarities in both ‘AloeVera’ and ‘Romi and Julie’ in the video below;