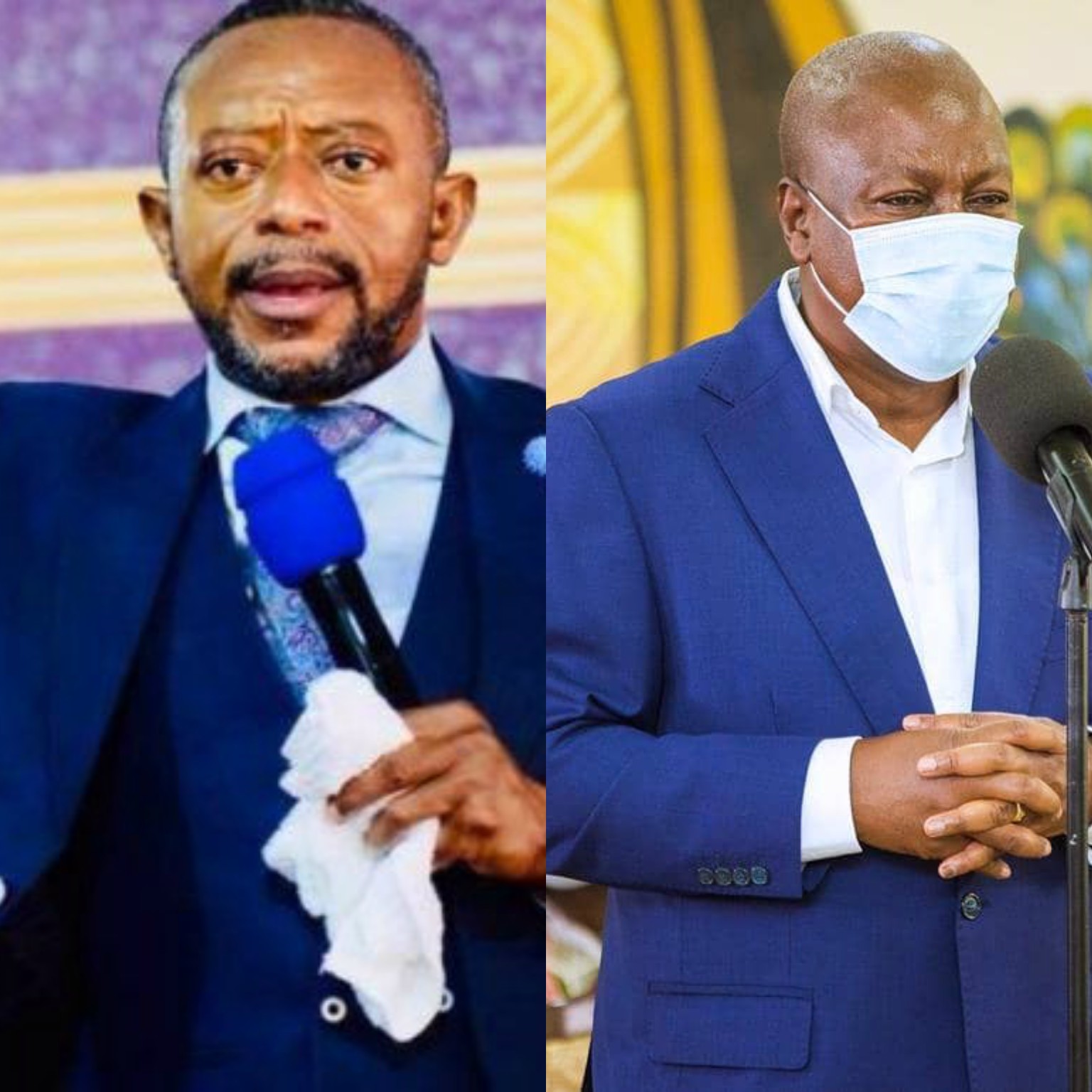 According to the NPP’s spiritual commando, Akufo Addo fits to be John Mahama’s father looking at their ages [ 76 against 61].

The founder and general overseer of Glorious Word And Power Ministries International also added that aside Akufo Addo being older than John Mahama, he’s also the sitting president so John Mahama must accord him the maximum respect he [Akuffo Addo] deserves.

He even went ahead to propose that John Mahama should call Akufo Addo as DADA or PAPA anytime he’s addressing him in public.

…Whether or not John Mahama agrees, Akufo-Addo is his ‘father’ and he must accord respect to him as such. He should be addressing Nana Addo as ‘Papa Akufo-Addo’.
Mahama should henceforth address Akufo-Addo as “papa”, “dad. I have addressed all former Presidents including Rawlings as such..

Do you agree with Owusu Bempah’s sentiments, share your thoughts with us in the comments box below.

Election 2020: We will turn Ghana upside-down if John Mahama doesn’t win this…

US Elections: Lil Wayne publicly endorses Trump ahead of polls.

2020 Elections: We Are Working Towards Peaceful Elections – Mahama