Otokunor: EC Making Every Effort To Favour The Ruling NPP To Retain Power 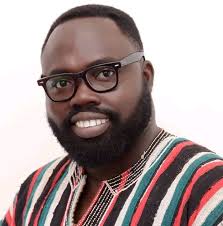 Peter Otokunor claims that the Electoral Commission (EC) intended to gift a specific position on the ballot paper in this year’s election to the ruling party.

To John Boadu, General Secretary of the New Patriotic Party (NPP), however, the opposition party’s declaration does not come to him as a wonder since that seems to be their assets in trade going into the December polls.

Otokunor is reported to have asserted in an interview earlier this week that there was a deliberate attempt by the EC to mark the balls which had the favourite number 4 position on it for easy identification by the governing party’s representatives, but that failed to materialise.

“The EC is giving us reasons all the time to believe that it is making every effort to favour the ruling NPP to retain power but we are very vigilant….The EC officer handling the balloting process which will determine which party gets to go first to pick a number which will determine a party’s official position on the ballot, helped the NPP to select number 4 and they started saying 4 more for Nana….

However speaking on Okay FM’s Ade Akye Abia Morning Show, John Boadu somewhat accused the opposition NDC of criticising against the EC’s attempt to warrant clearness in the balloting process, bearing in mind the need to observe the COVID-19 safety protocols.

Defining the NDC National Executive as a messy politician, he explained how infeasible and laughable Otukunor’s claims sounded.

“….in one breath he alleges the balloting process was skewed to favour the NPP’s candidate, President Akufo-Addo, whiles in the same vein he asserts our position on the ballot paper will go against us….

“What even makes Otokunor’s allegation extremely fatuous is that the NPP at the first stage picked number 4; what it means is that we will be the fourth political party to have our turn to draw out a number or figure which will be our final position on the ballot paper.

“So, assuming without admitting that the EC has indeed marked one of the balls bearing a particular number for the attention of the NPP, three parties will have the chance to go through the process before it gets to the NPP’s turn…

“and strangely, all the first three party representatives will miss out on that marked ball and the NPP will get to pick it? And what is the guarantee that only the NPP will be lucky enough to draw out that marked ball? How can someone connive to rig a balloting process in such an impracticable manner? How sensible is this? Don’t you think this is absurd for anybody to think that way? What is the sense in this assertion?” he questioned.

While acknowledging that there was some form of innovation in this year’s procedure as a result of the COVID-19 pandemic, the NPP Chief Scribe was confident that the methods heading to the final arrangement on the ballot paper was very honest.

Therefore for any political party to challenge the electoral body of ventured rigging clearly flouts reasoning.

“…..in the past, the balloting process was a bit disorderly as it was a first-come-first-serve approach….

“As a result we devise ways of doing it in two stages. The first one is who goes before the others to pick from the bowl…. After that, we then get to the order of drawing out the final placement on the ballot paper”.

“What changed a bit in this year’s process is the Coronavirus pandemic because at first, the EC will place all the numbers in the bowl and then the various political parties will rush to pick which figure or number ensures their position on the ballot paper,” John Boadu explained.

Julius Appiah Jun 22, 2021 0
The most contagious Covid-19 variant, originating from India, has been recorded in Ghana. Head of the West…